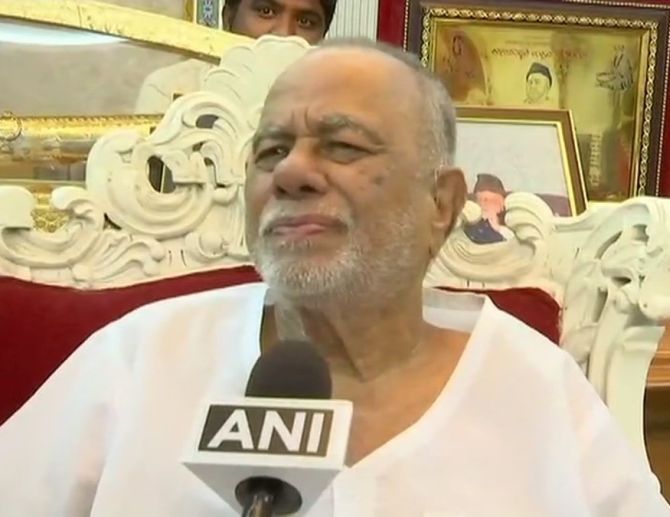 Sharief was 85. He was hospitalised two days ago after he collapsed while getting into his car for attending the Friday namaz.

Family sources said Sharief was not keeping well for quite some time.

He is survived by two daughters and his two sons had pre-deceased him.

Hospital sources said Sharief died of cardiac arrest. Congress MLA and Sharief's family friend N A Harris told PTI that the doctors had planned to implant a pacemaker in his heart Sunday but he died before the procedure could begin.

Born on November 3, 1933 at Challakere in Chitradurga, Sharief had a five-decade long illustrious political career that was launched under the tutelage of the then Congress stalwart and former Karnataka chief minister S Nijalingappa.

From driving the car of his mentor Nijalingappa to steering India's Railway Ministry, Sharief's rise in politics and his unflinching loyalty to the party is widely admired in political circles.

A seven-time MP from Bengaluru North constituency, Sharief, popularly called ‘Jaffer bhai’ in the political circles of his times, was a staunch loyalist of Indira Gandhi, who stood with her through thick and thin, and it also paid him rich political dividends.

Sharief sided with Indira Gandhi when the party split in the 1969, after she was expelled from the organisation for violating party discipline, a move that earned him a ticket to contest the 1971 mid-term polls. He showed his complete loyalty again to Indira Gandhi against the then popular Karnataka chief minister Devraj Urs, who parted ways with her in 1978.

Indira Gandhi was out of power then. This earned a reward for Sharief who was inducted into the cabinet as the minister of state for railways by her in 1980.

He had served as the railway minister in the P V Narasimha Rao government between 1991 and 1995. President Ramnath Kovind, Prime Minister Narendra Modi and Congress chief Rahul Gandhi expressed grief over the demise of Sharief and offered their condolences.

‘Sorry to hear of the passing of veteran political figure Shri C K Jaffer Sharief, who served the nation in many capacities including as railway minister. My condolences to his family members and associates in Karnataka and elsewhere,’ the president of India said in a tweet.

Modi tweeted, ‘Saddened by the demise of Shri C K Jaffer Sharief Ji. As a veteran parliamentarian, he enriched parliamentary proceedings. He was an effective voice for Karnataka's aspirations in Delhi. Condolences to his family and supporters.’

Gandhi tweeted that it was a day of tragedy for the Congress.

‘My condolences to his family, friends & supporters in their time of grief,’ he said.

Karnataka Chief Minister H D Kumaraswamy, who rushed to the hospital, said Sharief was not restricted to the minority community but had emerged as a leader of every citizen of the state.

‘He was a great leader who gifted various central government schemes, especially railway projects, to the state.’

The mortal remains of Sharief would be buried on Monday, family sources said.

Sharief, who gradually faded into political oblivion, had often complained of being sidelined by the Congress.

He had on occasions threatened to quit the Congress, sulking over being ‘sidelined’ and being denied ticket to him or his family members, but had withdrawn it on being pacified by the party high command.

The Rashtriya Swayamsevak Sangh, with which Sharief had maintained cordial relations, condoled his death and said he was well known to many senior Sangh functionaries and was supportive of social causes.

In April 2017, Sharief had stunned political circles, when he wrote to Modi backing RSS chief Mohan Bhagwat for the president of India's post after Pranab Mukherjee, saying there is no doubt about his ‘patriotism and commitment to the Constitution’.

State Bharatiya Janata Party chief B S Yeddyurappa said Karnataka had lost a seasoned and veteran politician in the death of Sharief.

‘Shariff was known for his friendly nature. Despite being a Congressman, he never discriminated against politicians when it came to developmental works,’ he said.

Former chief minister Siddaramaiah said Sharief's contribution to the Congress as an ardent worker and to the nation as a committed politician was hard to match. ‘His work as railway minister shall always be remembered.’

Source: PTI© Copyright 2020 PTI. All rights reserved. Republication or redistribution of PTI content, including by framing or similar means, is expressly prohibited without the prior written consent.
SHARE THIS STORY
Print this article
Why Jahangir banned animal slaughter
What draws today's young men to the Ayodhya campaign? 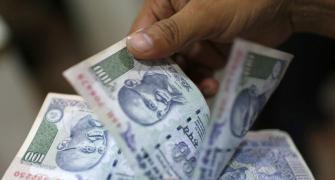