Former The Energy and Resources Institute chief R K Pachauri, accused in a sexual harassment case, was on Monday granted bail and allowed to travel abroad once again by a Delhi court after he appeared before it.

Pachauri, who appeared before Metropolitan Magistrate Shivani Chauhan pursuant to the summon issued against him, was also allowed to travel to Mexico for conferences spanning a month.

"The investigation of the case is complete. Charge sheet has already been filed. He was never arrested during the investigation in the instant case which goes on to show that his custody is not required for the purpose of investigation. No fruitful purpose would be served by sending him to jail.

"The accused R K Pachauri is admitted to bail on furnishing a personal bond in the sum of Rs 50,000 with one surety of a like amount to the satisfaction of this court," the magistrate said.

The court, which allowed Pachauri's application filed through his counsel Ashish Dixit seeking permission to travel to Mexico, noted that he had been allowed to travel abroad on earlier occasions too and had complied with its directions.

"The accused has been granted permission to travel abroad on several earlier occasions and has complied with the directions given by the court. In these circumstances, the accused is permitted to travel as per his itinerary from July 12 to August 14 subject to furnishing of one local surety of Rs two lakh," the court said.

Pachauri, who returned in New Delhi on July 5 from a nearly 20- day trip to Mexico, Norway, France and Switzerland, was also directed to furnish an undertaking that he shall appear in court in person or through counsel and not dispute his identity at a later stage.

He was also asked to file a copy of his travel tickets and intimate the court after his return or any changes in his travel itinerary, the court further said.

Pachauri, who has been allowed by the court to travel over a dozen times to various countries including USA, UK, China, Japan, France, Kazakhstan, Bolivia, Kuwait, Somalia and Saudi Arabia, during the pendency of the probe and proceedings, was summoned as accused by the court on May 14 after it took cognizance of charge sheet filed against him for allegedly sexually harassing an ex-colleague.

The court, while taking cognisance of the charge sheet, had said there was sufficient material to proceed against Pachauri under sections 354A (sexual harassment), 354B (assault against woman with intent to disrobe), 354D (stalking), 509 (word, gesture or act intended to insult modesty of woman) and 341(wrongful confinement) of the IPC.

The charge sheet, filed by Delhi Police on March 1, had arrayed 23 prosecution witnesses, many of whom are present and former employees of TERI.

Pachauri was granted an anticipatory bail in the case on March 21, last year.

On February 13, last year an FIR was registered against Pachauri on charges of sexual harassment under IPC sections 354, 354(a), 354(d) (molestation) and 506 (criminal intimidation). 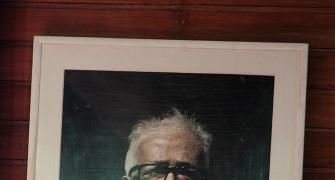 'Manida has left us a lot to celebrate with' 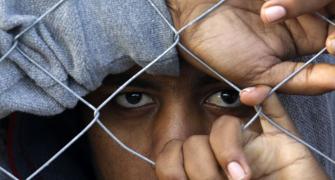 Travels with the Ramayana 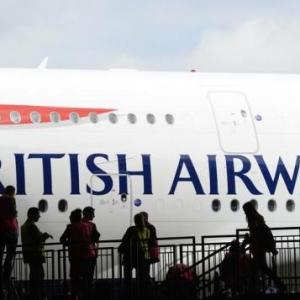