Former Chhattisgarh chief minister Ajit Jogi's son Amit Jogi was arrested on Tuesday in the state's Bilaspur district on charges of cheating and forgery in connection with a declaration in a poll affidavit submitted by him in 2013, police said. 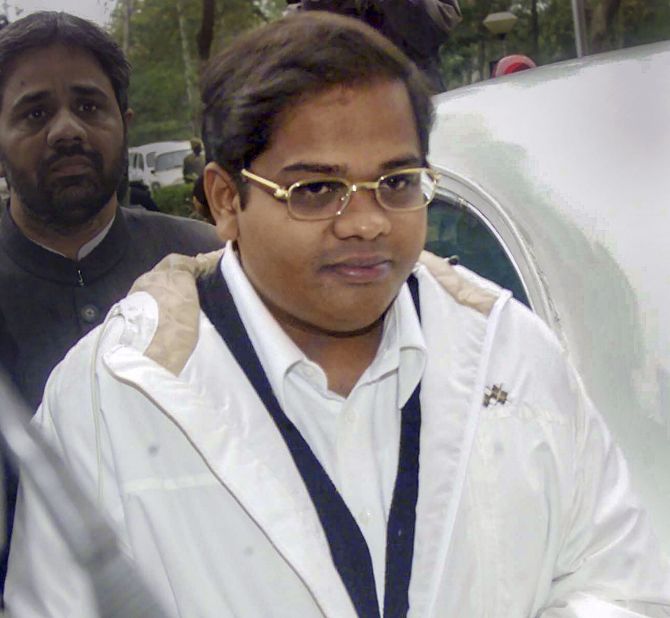 He was later produced before a local court which sent him in judicial remand for 14 days.

Ajit Jogi, the founder of the Janata Congress Chhattisgarh, dubbed the action as "political vendetta" and claimed his son was being framed on false charges.

Amit Jogi, who now heads the Janata Congress Chhattisgarh, was arrested from his home following a police complaint lodged against him by Sameera Paikra, the Bharatiya Janata Party candidate from Marwahi seat in the 2013 state assembly polls, Bilaspur Superintendent of Police Prashant Agrawal said.

Paikra lodged the FIR against him in February this year at Gaurela police station here, alleging that he submitted wrong information about his birth place in the affidavit while filing his nomination papers for the 2013 state polls, he said.

According to Paikra, he mentioned his birth place as Sarbahara village in Gaurela area of Bilaspur whereas, she claimed, he was born in the US, the official said.

After the investigation for about six months, he was arrested on Tuesday from Marwahi Sadan in Bilaspur, Agrawal said.

He was booked under Indian Penal Code Sections 420 (cheating), 467 (forgery of valuable security), 468 (forgery for purpose of cheating) and 471 (using as genuine a forged document or electronic record), he said.

He was later produced in the court of Judicial Magistrate First Class Aslam Khan, located in Gaurela area of the district, public prosecutor Sanjeev Rai said.

Amit Jogi argued in person in the court.

Rai pleaded before the court that the offence fell under "serious category" and hence, the accused should not be granted bail.

After hearing both the sides, the court rejected Amit Jogi's bail plea and sent him in judicial remand for 14 days, Rai said.

After losing the 2013 polls, Paikra had filed an election petition in the Chhattisgarh high court, challenging Amit Jogi's caste and place of birth.

The high court dismissed the petition in January this year on the ground that the term of the Chhattisgarh assembly (2013-2018) had already ended.

On Monday, Paikra along with some residents of Marwahi constituency staged a protest in front of the superintendent of police's office in Bilaspur, demanding action on the FIR lodged by her against Amit Jogi.

Meanwhile, Ajit Jogi termed the action against his son as "political vendetta".

"There is no rule of law in the state, rather jungle raj is prevailing under the regime of Bhupesh Baghel. My son is being implicated in a false case which is happening due to political vendetta," he said in a statement.

The Chhattisgarh high court had already given a ruling in favour of Amit Jogi in this connection. Now, the action against him amounts to contempt of court, he said.

"The action has also proved that (chief minister) Bhupesh Baghel considers himself superior than the judiciary," he claimed.

Last week, an FIR was also registered against 73-year-old Ajit Jogi, who served as the first chief minister of Chhattisgarh, after a government-appointed committee rejected the latter's claim of being a tribal.

A high-level caste scrutiny committee set up by the state government last month dismissed Ajit Jogi's claim of belonging to a Scheduled Tribe and cancelled his caste certificates. 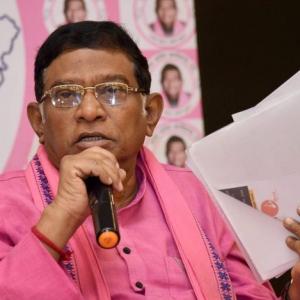