A United States lawmaker has written to Pakistan President Asif Ali Zardari, asking him to look into the matter of the "forcible conversion" of a Hindu girl and ensure her safe return to her family.

In a strongly-worded letter, dated March 12, Brad Sherman, a lawmaker from California urged Zardari to take steps to ensure that those responsible for such acts are held accountable.

"I urge you to take action to ensure the safe return of this girl to her family," Sherman said in his letter to Zardari, referring to the case of a Hindu girl named Rinkel Kumari, who was allegedly abducted from her home in Mirpur Mathelo, in Sindh province of Pakistan.

Sherman said Rinkel's family has alleged that she was abducted on February 24, forced to marry a Muslim man named Naveed Shah and convert to Islam.

"Rinkel was reportedly held in custody with the help of Mian Mohammad Aslam, the son of Pakistan People's Party Member of National Assembly Mian Mitho in Bharchundi Shareef, where she was forced to marry a Muslim man and convert to Islam," he said in the letter.

On February 25, Rinkel was brought before a civil judge, who ruled in favour of Naveed Shah and she was taken into custody for two days at Sukkur police station, the Congressman said.

"Rinkel was allegedly threatened with violence while in police custody to make her change her statement," he claimed.

He said on February 27, Rinkel appeared in court again and this time her relatives were reportedly not allowed inside the court. During this second hearing, Rinkel was returned to Naveed Shah's custody.

"Rinkel's family is unaware of the whereabouts of their daughter," Sherman said in his letter.

"Unfortunately, Rinkel Kumari's case is just one case of abduction and forced religious conversion in Pakistan. According to the Asian Human Rights Commission, around 20-25 forced kidnappings and conversions of Hindu girls take place in Sindh every month. I urge you to take all necessary steps to bring an end to this practice and other harassment of Hindus in Pakistan," Sherman said.

Rinkle has reportedly told a court that she voluntarily converted and married a Muslim man.

Sherman's letter comes in the wake of the campaign by the Sindhi American Political Action Committee, a lobby group for the Sindhi community in the US. 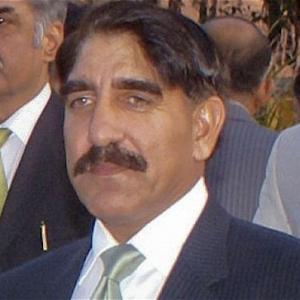 ISI's future boss could have STOPPED 26/11, but didn't