For biographers, Gandhi as father was a mixed bag 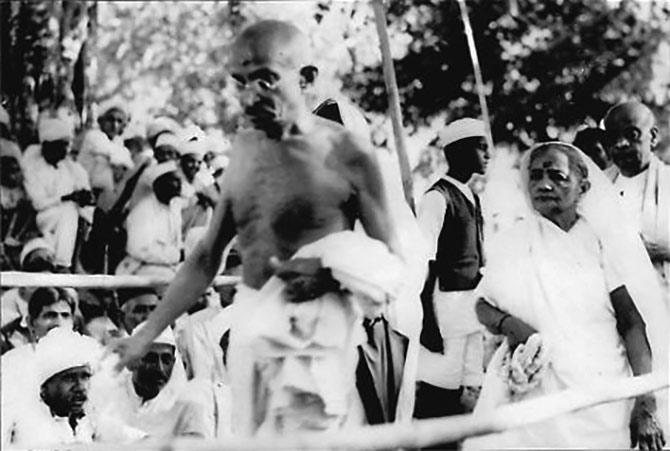 The father of the Indian nation was less than an ideal parent to his sons, much like global leaders such as Leo Tolstoy and Martin Luther King Jr who sacrificed their family lives for a greater cause, say scholars on Mahatma Gandhi.

As the nation celebrates Gandhi's 150th birth anniversary on Tuesday, the debate around India's most influential leader whose writings, views and statements spawned a philosophy of their own rages on.

All three have recently come out with books on Gandhi -- Guha and Jahanbegloo earlier this year and Mehta last year.

Every aspect of Gandhi's life has been under the scanner -- from his views on non-violence that laid the foundation for India's independence to his family and married life.

“Gandhi was pretty much a typically overbearing Hindu patriarch. For all his empathy and concern for those outside his family, he was curiously blind to the pains of his own sons,” historian and author Ramachandra Guha said.

Guha recently launched Gandhi: The Years That Changed The World, 1914-1948, his latest book on Gandhi after Gandhi Before India.

Gandhi, who married Kasturba at the age of 13, had four sons Harilal, Manilal, Ramdas and Devdas.

According to Guha, Gandhi had a troubled relationship with his two “independent and strong willed” eldest sons, especially Harilal.

Harilal was first dismayed by his father when he firmly opposed his plans to go to England for higher studies and become a barrister like him.

Later, the relationship became worse as “Gandhi disapproved of Harilal's marriage since he fell in love and chose his wife, rather than, as a custom, have his parents choose a wife for him”, Guha writes in the book.

Embittered, Harilal began drinking and started trading in foreign clothes for profit, the very thing his father was protesting against.

“Harilal suffered a great deal because of his father's public obsessions. Gandhi was unfair in asking his children to so devotedly follow him. Children must have their own individuality, their own development… so Gandhi certainly put unfair burdens on Harilal, and probably Manilal as well.

“In many respects, Gandhi was departing from traditions… he was a revolutionary, a radical, with original ideas, but in this respect he was imprisoned with the Hindu idea of patriarchy,” he added.

In his latest book, Guha quotes a letter from Harilal to Gandhi where he says, "My entire letter stresses one point, you have never considered our rights and capabilities, you have never seen the person in us”.

Harilal, in the letter, claimed he spoke on behalf of his younger brothers also.

Jahanbegloo, who is soon coming out with a new book The Global Gandhi Essays in Comparative Political Philosophy, described Gandhi as a “stubborn” man who was a great political leader but “not necessarily a good father”.

His earlier book was titled The Disobedient Indian: Towards a Gandhian Philosophy of Dissent.

“Gandhi was not an easy person to live with. He never looked at himself as somebody who should be only a father or a husband… he always had this bigger goal in his life.

He argued that it would be wrong to see Gandhi as an isolated figure in this aspect. Many great leaders, artists, politicians -- such as Van Gogh, Leo Tolstoy or Martin Luther King Jr -- have similarly “sacrificed themselves for their nation or their work at the expense of their children, their wives”, he said.

“This thing with Gandhi was also true for Leo Tolstoy, who influenced Gandhi throughout his life. Like Gandhi he was also a great moral leader, but not necessarily a father who could spend much of his time with his children,“ said Jahanbegloo.

Mehta, who has authored Gandhi in Bombay: Towards Swaraj, treads a different path and throws light on Gandhi as the loving father.

She said the relationship between Gandhi and Harilal was “complex” with the son choosing to walk an independent path from his father. But the love between father-son remained till the very last.

“Harilal was a sensitive and affectionate man. He loved his mother and younger siblings. Gandhi, too, doted on Harilal's children. When Harilal's wife Gulab ben died, Gandhiji and Kasturba took the responsibility of looking after Harilal's children,” she said.

To support her point, she quoted a letter written by Gandhi in the journal ‘Young India' on June 18, 1925: "I love him (Harilal) in spite of his faults. The bosom of a father will take him in as soon as he seeks entrance. For the present, he has shut the door against him.”

According to Guha, Gandhi evolved slowly “with time” in his approach and became more “caring and compassionate” towards his family.

“He had a much more normal relationship with Ramdas and Devdas. But yes the two elder children paid a heavy cost for his public activities,” he said. 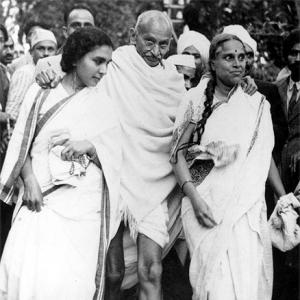 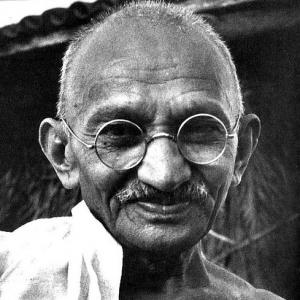