Four Indians and an American were among 14 people killed in a Taliban attack on a guesthouse, with a top Afghan official saying the Indian Ambassador could have been the target of the militants who stormed the complex popular among expats. 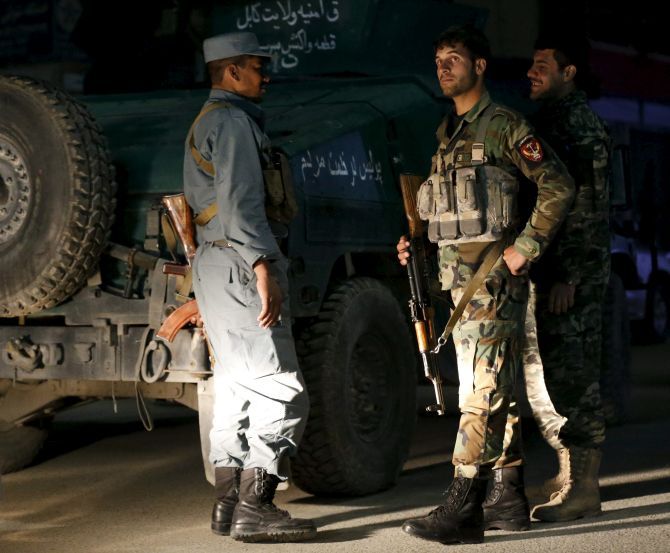 Afghan security forces arrive at the site of the attack in Kabul. Photograph: Omar Sobhani/Reuters

The four Indians killed included two private auditors and an NGO worker who were at the Park Palace Guesthouse, located in the Kolola Pushta area of the Kabul city, when the Taliban militants stormed the building about 9 pm on Thursday night. 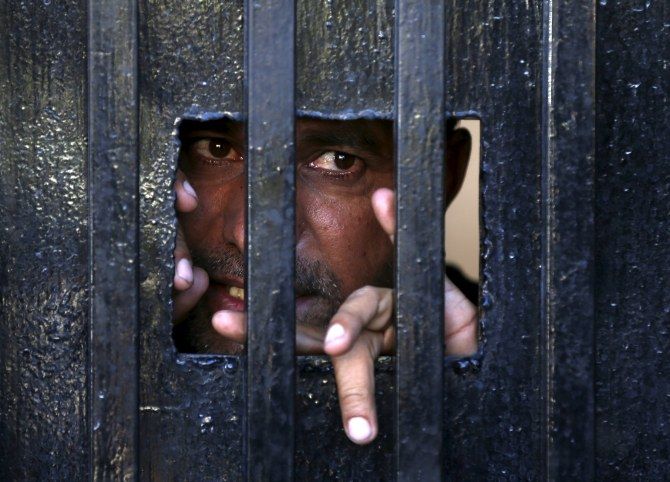 An Afghan security guard looks out from a viewing panel in a door at a guest house after the attack in Kabul. All photographs: Omar Sobhani/Reuters

However, he did not elaborate further.

When asked whether he was scheduled to go there, Sinha said, “I was invited for an event at the guesthouse which is full of expats but I had not confirmed my attendance.”

Confirming that four Indians were among the victims, Sinha said he has been informed by the Afghan authorities that the total number of casualties was 14 and the nationality of others was being ascertained. 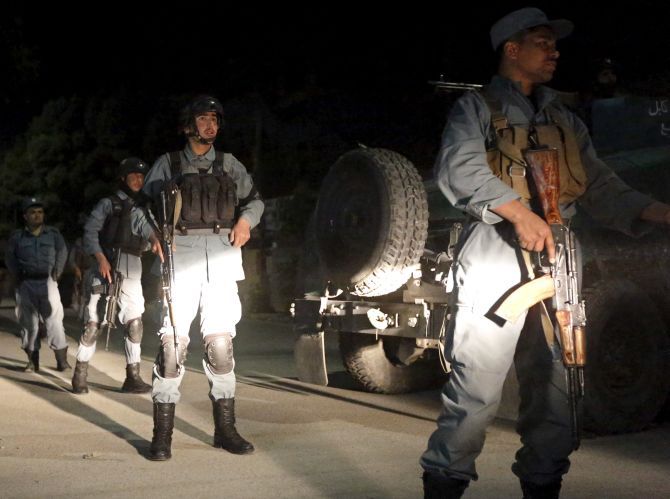 Afghan security forces arrive at Park Palace after gunmen stormed the building and opened fire on the people inside.

“President Ashraf Ghani expressed sadness on the unfortunate demise of Indian citizens in the attack in Kabul,” the PM said.

Three gunmen stormed the guesthouse and started firing. Afghan National Security Forces including Special Forces rushed to the spot and began striking back. All the attackers were killed in the siege that lasted for about seven hours, ending in the wee hours of Thursday. 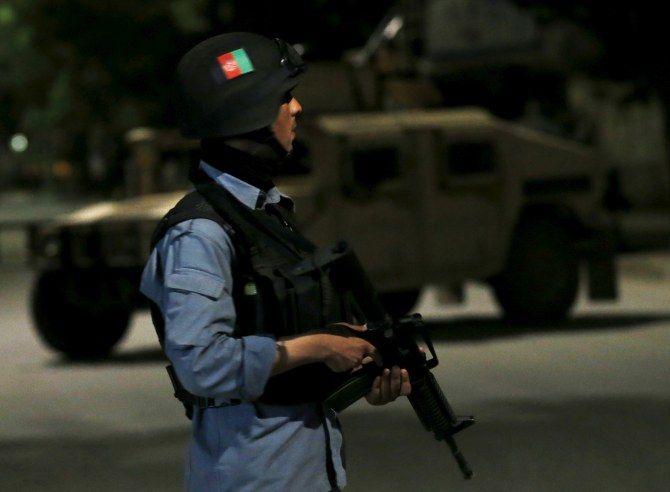 An Afghan policeman stands guard at the site of the attack in Kabul.

The Taliban has claimed the responsibility for the attack on the guesthouse which was about to host a musical concert.

“The attack was planned carefully to target the party in which important people and Americans were attending,” the militants said in a statement.

When the attack took place, the musical event was due to begin and was to be attended by the Turkish and Indian guests as well Afghan nationals, an Afghan security official was quoted as saying.

“Unfortunately a few Indian casualties among others at the Kabul guesthouse attack today,” Indian Ambassador Sinha had earlier tweeted.

United States Embassy in Kabul confirmed the death of one of American national in the attack. 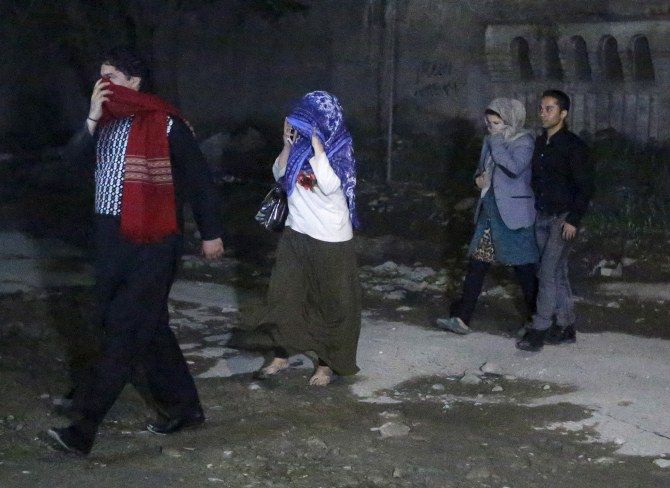 People walk after they were rescued from the site of the attack in Kabul.

Kolola Pushta is home to several international guest houses and hotels and is near the Afghan interior ministry.

Thursday’s brazen assault was reminiscent of two attacks last year on a hotel and a restaurant in which 30 were killed.

Earlier on Thursday, gunmen opened fire at a meeting of Muslim clerics in Helmand, killing at least seven people. The Taliban, ousted from power in 2001, have stepped up attacks since they announced their “spring offensive” last month.

The attacks come a day after a visit to Kabul by Pakistani Prime Minister Nawaz Sharif, who assured Afghanistan of Islamabad’s full support in its fight against the Taliban.

Afghanistan has experienced a rise in the Taliban attacks as foreign troops plan to withdraw from the war-torn country by the end of the year.

In May last year, the Indian consulate in Herat in western Afghanistan was attacked by four heavily-armed gunmen, who were subsequently killed in an encounter.

In August 2013, a failed bombing against the Indian consulate in Jalalabad city near the border with Pakistan killed nine people, including six children. No Indian officials were hurt. 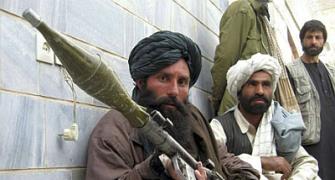 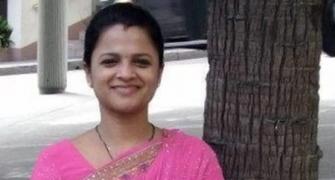 Sydney: No headway in murder of Indian techie 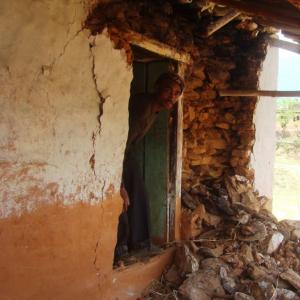 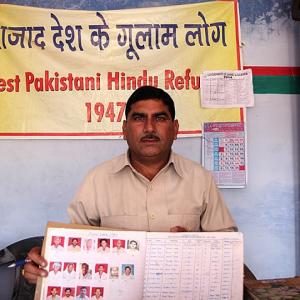 'We will wait for the government to deliver, or else...'