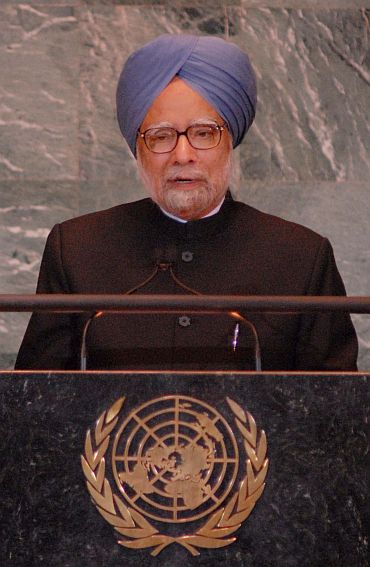 Pitching strongly for an "unrelenting" fight against terrorism, Prime Minister Manmohan Singh on Saturday said there cannot be "selective approaches" in dealing with the scourge that needed to be fought across all fronts.

Addressing the United Nations General Assembly in New York, he noted that terrorism continues to rear its ugly head and take a grievous toll on innocent lives.

"The fight against terrorism must be unrelenting. There cannot be selective approaches in dealing with terrorist groups or the infrastructure of terrorism. Terrorism has to be fought across all fronts," he said.

While delving upon the continued threat posed by terrorism, the Prime Minister referred to the assassination of Afghan President Burhanuddin Rabbani and said it was a "chilling reminder of the designs of the enemies of peace" in Afghanistan.

He said it was essential that the process of nation- building and reconciliation in Afghanistan succeeds, which was vital for enduring peace and security in the region.

"India will play its part in helping the people of Afghanistan to build a better future for themselves, just as we are doing in other countries in South Asia," he said, adding, "We will do so because prosperity and stability in our region are indivisible."

The Prime Minister said India wishes to see "an open, inclusive and transparent architecture of regional cooperation in the Asia Pacific region and peaceful settlement of disputes".

He said there were "encouraging signs" of cooperation in the area of security in South Asia, "exemplified in India's cooperation with Bangladesh".

Such cooperation is adding to the security of both the countries, Singh said. While talking about international security concerns, he said new threats like sea piracy had emerged and pressed the United Nations to evolve a "comprehensive and effective" response to it.

He mentioned the problem in the context of piracy in Red Sea and off the coast of Somalia and said India, as a littoral state of the Indian Ocean, is ready to work with other countries in this regard.

"At a time when the world needs more international commerce, the sea lanes of communication across the Indian Ocean are under siege. Acts of piracy are being carried out with impunity from lands that are beyond the writ of any functioning state or international accountability," he said.

The international community should continue with efforts to restore stability in Somalia, Singh said. 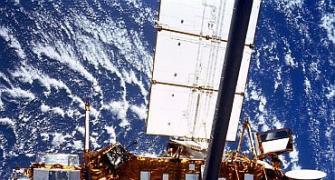 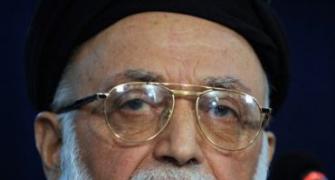 Hopes of peace in Afghanistan may have died with Rabbani

Pranab to meet PM in New York on Sunday