Over 50 terrorists have been killed in clashes between the Taliban and another banned group in the restless Khyber tribal region of northwest Pakistan, according to media reports on Friday.

Officials and residents of the semi-autonomous Khyber Agency were quoted by TV news channels as saying that clashes between the Tehrik-e-Taliban Pakistan and Ansar-ul-Islam erupted in the remote Tirah Valley last night.

Sadat Afridi, a spokesman for the banned Ansar-ul-Islam, told Dawn.com that his group's fighters had captured three Taliban bases in Maidan.

The fight still on for a fourth Taliban base, he claimed.

Afridi said his group had vowed to flush out Taliban militants from Tirah Valley as they "carry out attacks on mosques and public places, which is against Islam".

He said Ansar-ul-Islam would not allow the Taliban to continue "killing innocent Muslims in the name of religion".

Both groups were using heavy weapons, including mortars, to target each other's positions.

Officials were quoted as saying that 30 Taliban fighters and 23 members of the Ansar-ul-Islam had died so far in the clashes.

Dozens more were injured in the fighting, which continued till Friday evening.

The clashes erupted in an area close to the Afghan border where Pakistani security forces have no presence, TV news channels reported.

The reports could not be independently confirmed as journalists are barred from the tribal belt.

Several militant groups are active in Khyber Agency, which has a strategic route linking northwest Pakistan with Afghanistan.

Abdul Rashid Lashkari, a spokesman for the Lashkar-e-Islam that is linked to the Taliban, said his group would remain neutral in the clashes.

"We are not (fighting) despite our affiliation to the Taliban and our grudges with Ansar-ul-Islam," Lashkari was quoted as saying by the media. 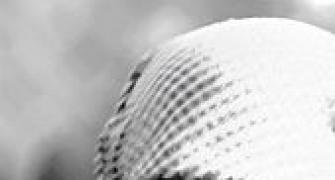 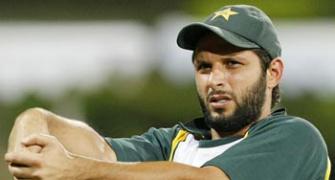