More accurate than a rapid antigen test and almost as quick, India's Clustered Regularly Interspaced Short Palindromic Repeats 'Feluda' COVID-19 test that changes colour on detection of the SARS-CoV-2 virus could be a cheaper, faster and simpler alternative to an RT-PCR diagnosis, say scientists. Named after Satyajit Ray's famed detective, the Feluda test, which is priced at Rs 500 and can deliver a result in 45 minutes, is able to differentiate SARS-CoV-2 from other coronaviruses even if genetic variations between them are minute.

It meets high quality benchmarks with 96 per cent sensitivity and 98 per cent specificity for detecting the novel coronavirus, said Debojyoti Chakraborty, a senior scientist at CSIR-IGIB and part of the team that developed the test.

Similar to a pregnancy strip test, Feluda changes colour if the virus is detected and doesn't need expensive machines for detection.

"The CRISPR technology uses a highly specific CAS9 protein to find and bind to the target COVID signature. This is then coupled with paper-strip chemistry to elicit a visual readout on a paper strip," Chakraborty explained.

The test can help the country, with the world's second highest cases of COVID-19 at 60.74 lakh cases, ramp up testing of the disease quickly and economically, the researchers behind the test said in a statement.

Virologist Upasana Ray noted that the CRISPR based COVID-19 detection system is a cheaper option to RT-PCR tests, which cost over Rs 1,600. The RAT and the Feluda are in the same price bracket.

FELUDA, an acronym for the FNCAS9 Editor-Limited Uniform Detection Assay, uses an indigenously developed, cutting-edge CRISPR technology for detection of the genomic sequence of SARS-CoV-2 virus, the scientists said.

CRISPR is a gene editing technology and is used in correcting genetic defects and treating and preventing the spread of diseases.

The technology can detect specific sequences of DNA within a gene, and uses an enzyme functioning as molecular scissors to snip it.

Feluda is an alternative to the quantitative RT-PCR tests and is highly specific. It is capable of detecting low copy number nucleic acids (less viral RNA quantity) as well as single nucleotide variations, said Ray, a senior scientist at CSIR-IICB, Kolkata.

She explained that the tests are so specific that they can distinguish SARS-CoV-2 infections from other coronaviruses such as the one that caused the 2002-03 SARS pandemic.

"It can distinguish between SARS-CoV-2 and SARS-CoV sequences which differ by a single nucleotide. Unlike RT-PCR which requires expensive machines, Feluda is simple and can be used in laboratories as well as outside with a quicker turnaround time," she added.

In May, the US granted emergency-use approval for the world's first CRISPR-based test for COVID-19, developed by the Massachusetts Institute of Technology and Harvard University.

The CRISPR Feluda test is the world's first diagnostic test to deploy a specially adapted Cas9 protein, derived from Francisella novicida bacteria, to successfully detect the virus that causes COVID-19, the researchers said.

Other CRISPR tests, like the one developed in the United States, use CAS12 and CAS13 proteins to detect SARS-CoV-2.

Compared with a rapid antigen test, which interprets results in 30 minutes, Ray said the Feluda test would take slightly longer, up to 45 minutes, but is more accurate and specific.

Chakaraborty noted that RT-PCR takes about 1.5 hours, trained manpower and a dedicated and expensive RT-PCR machine which is not widely available.

"This marks a significant achievement for the Indian scientific community, moving from R&D to a high-accuracy, scalable and reliable test in less than 100 days. The Tata CRISPR test achieves accuracy levels of traditional RT-PCR tests, with quicker turnaround time, less expensive equipment, and better ease of use," the researchers said in their statement.

They described CRISPR as a futuristic technology that can also be configured for detection of other pathogens in the future.

"Current R&D is towards making Feluda more point of care, simpler and more deployable to meet the testing needs of the country and enable return to workplaces, schools, etc," Chakraborty added. 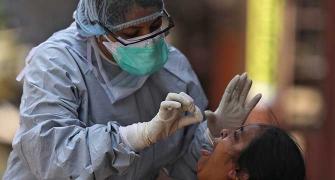 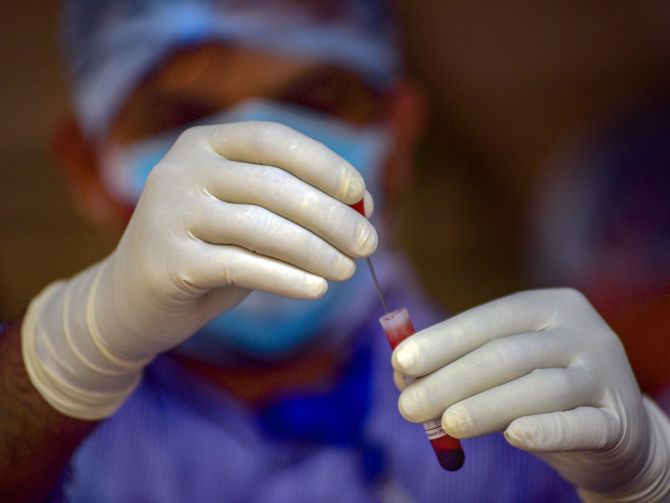