Government has decided to withdraw all security cover provided to former Army Chief Gen V K Singh, who has been taking part in a number of protests over corruption, Delhi gang-rape incident and other issues.

The former Army Chief was provided Z 'Plus' security cover till November 30 but in a review meeting, the ministry of home affairs took a decision that he does not require any protection, Army sources said.

After the decision was conveyed to the Army Headquarters, it is in the process of withdrawing all vehicles including a bullet-proof car and around 30-35 personnel from his security, they said.

Seven vehicles and 30-35 personnel were deployed in his security duties round the clock, they said.

Gen V K Singh, who retired on May 31, was given a Z Plus security cover till November 30 and he was allowed to stay in government accommodation in Delhi Cantonment area for one year after he had sought a nine-month extension from Defence Minister A K Antony.

Singh has been named in an FIR by the Delhi police for his alleged role in protests against the gang-rape of a girl in a moving bus on December 16.

Soon after his retirement, he was critical of the government on various issues and shared the stage with yoga guru Ramdev and Anna Hazare on Lokpal and blackmoney issues.

On the gang-rape issue, he had recently said the system stands "completely exposed and defanged" as not just one daughter, but hundreds of others are equally vulnerable to predators in the face of "growing impotency" to take any action.

In late November, he had also called for the dissolution of Parliament and had called for its gherao in support of the demands raised by sugarcane farmers from Uttarakhand and Uttar Pradesh.

In the last few months of his tenure, he became the first chief of the Army to have approached the Supreme Court against the Government on the personal issue of his date of birth. Give death penalty or lifer to rapists: Hazare to PM
Saurabh Kalia: SC notice to Centre on father's plea 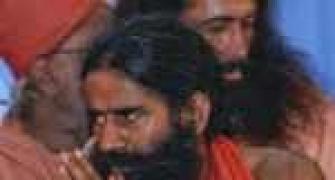