Elizabeth Warren drops out of US presidential race

Senator Elizabeth Warren suspended her United States presidential campaign on Thursday after a disappointing Super Tuesday that included a third-place finish in her home state of Massachusetts.

The 70-year-old leader, however, did not announce who she was endorsing for the Democratic presidential primaries, which have now been reduced to a direct contest between former US Vice President Joe Biden and Vermont Senator Bernie Sanders.

Speaking to reporters on Thursday in Massachusetts, Warren said she'd likely endorse one of the two major Democratic candidates left in the race, but "not today".

"I need some space and I need a little time right now," she said.

Warren is the fourth Democratic leader in the last one week to withdraw from the party's race to the White House.

Biden had a convincing Democratic primary win in Massachusetts along with nine other Super Tuesday States.

A day before, former New York Mayor Michael Bloomberg had announced to withdraw from the race.

On the eve of the Super Tuesday, two other presidential aspirants Senator Amy Klobuchar and former Mayor Pete Buttigieg withdrew from the race. All three of them rallied behind Biden to help him win the Democratic party's nomination and to challenge incumbent US President Donald Trump in the November elections.

"Our work continues, the fight goes on, and big dreams never die," Warren told her supporters.

With the exit of Warren from the race, Hindu Congresswoman Tulsi Gabbard remains the only female candidate in the Democratic party's presidential race.

However, she has failed to gain any traction in the primaries so far.

Trump was quick to take a dig at Warren.

"Elizabeth "Pocahontas" Warren, who was going nowhere except into Mini Mike's head, just dropped out of the Democrat Primary...THREE DAYS TOO LATE. She cost Crazy Bernie, at least, Massachusetts, Minnesota and Texas. Probably cost him the nomination! Came in third in Mass," he said in a tweet.

The Democratic Party at its national convention in Wisconsin will elect its nominee for the November polls. The nominee must have 1,991 of the 3,979 pledge delegates. As of Thursday, Biden was leading the pack with 596 pledged delegates, followed by Sanders with 531.

This would be followed by primaries in Arizona, Florida, Illinois and Ohio on March 17. Political pundits believe that by then a front runner for the Democratic party would have secured his position. 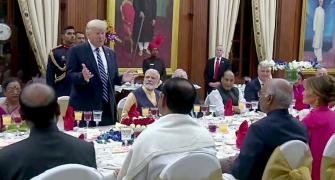 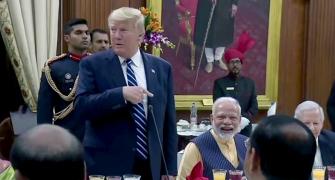 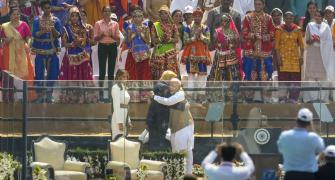 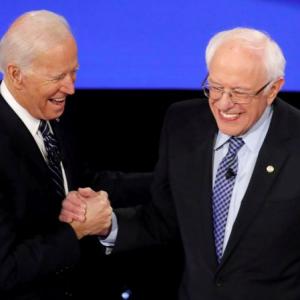