Maharashtra Chief Minister Eknath Shinde on Monday comfortably won a crucial confidence vote in the state assembly, cementing his grip on power five days after assuming office with the Bharatiya Janata Party support following a revolt in the Shiv Sena. 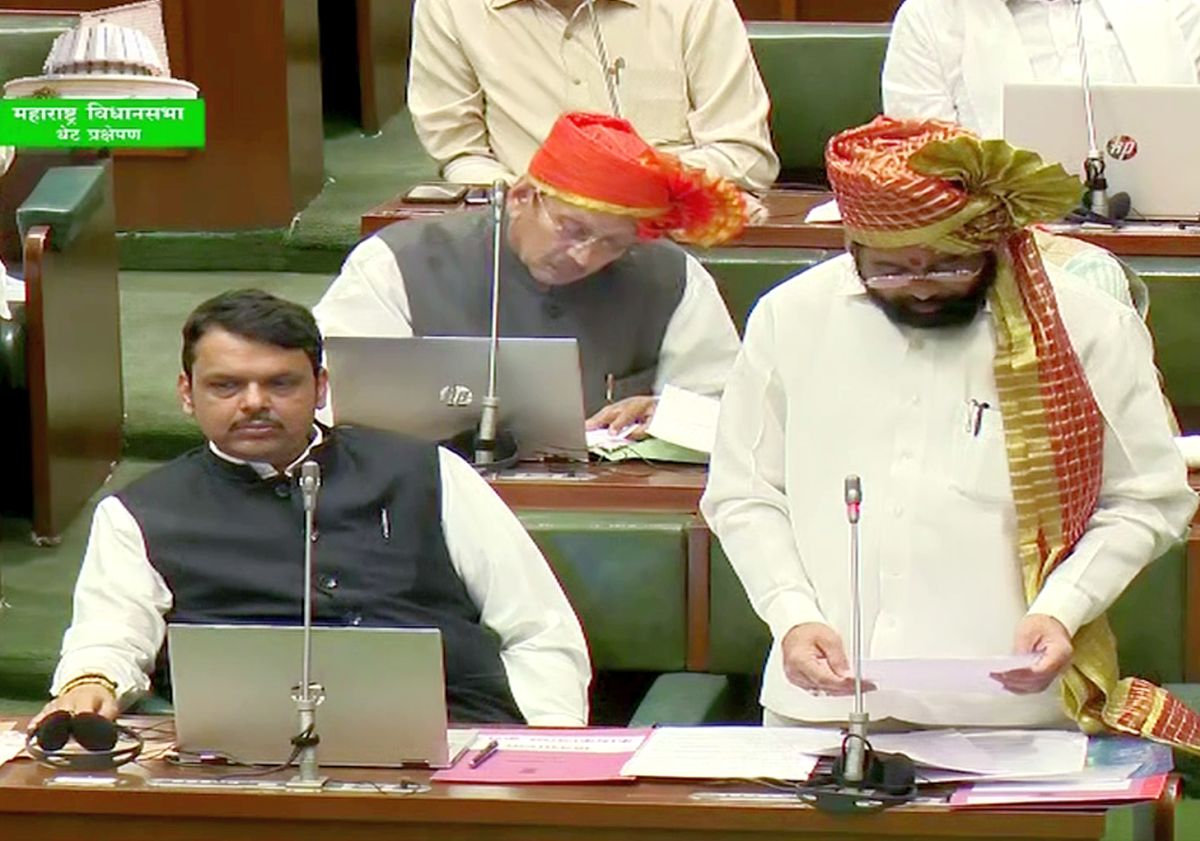 In his maiden speech in the assembly after winning the trust vote, an emotional Shinde, without naming the Shiv Sena, said he had been 'suppressed' for a long time and spoke about how he almost became Chief Minister of the erstwhile Sena-Nationalist Congress Party-Congress alliance government.

He said the rebellion led by him last month was a fallout of the 'unfair treatment' meted out to him, an apparent reference to his decades old association with the Uddhav Thackeray-led Shiv Sena.

In the 288-member assembly (effective strength 287), 164 MLAs voted for the motion of confidence moved by the Shinde-led government, way above the simple majority mark of 144, while 99 voted against it on the last day of the two-day special session of the House.

Three MLAs abstained, while 20 legislators, most of them from Congress and the NCP, including Congress's Ashok Chavan and Vijay Wadettiwar, both former ministers, were absent during the trust vote.

Speaker Rahul Narvekar, who presided over the proceedings, did not cast his vote.

Narvekar announced that the trust vote was carried by a majority vote.

This was the second major victory for the Eknath Shinde-Devendra Fadnavis government in as many days after its candidate for the Assembly Speaker's post, Narvekar, was elected on Sunday.

Narvekar, the BJP MLA from Colaba in South Mumbai, had polled 164 votes, while his rival Rajan Salvi, of the Uddhav Thackeray-led Shiv Sena, got 107.

Last month, Shinde, 58, launched a rebellion against the Shiv Sena leadership and managed to get support of nearly 40 MLAs of the party, enough to escape provisions of the anti-defection law, leading to the collapse of the two-and-a-half-year old Maha Vikas Aghadi (MVA) government led by Chief Minister Uddhav Thackeray.

Shinde, a Shiv Sena MLA from adjoining Thane city, was sworn in as the chief minister on June 30, a day after Thackeray quit the post.

Speaking after winning the trust vote, Shinde said, "The happenings of today (events leading to trust vote) didn't happen in just one day."

"When I came for election here, there are people in this House who witnessed how I was treated. I have been suppressed for a long time. Sunil Prabhu (Shiv Sena MLA from the Uddhav Thackeray faction) is also a witness," he said without elaborating.

Quoting former deputy chief minister Ajit Pawar, Shinde said the senior NCP leader had told him that an 'accident' has occurred in the Shiv Sena after the formation of the tripartite MVA government in November 2019.

Without taking names, Shinde referred to Thackeray's statement that NCP chief Sharad Pawar had informed him ahead of the formation of the MVA that leaders of the Congress and the NCP were not keen to work under Shinde.

"But after the formation of the MVA government, Ajit Pawar told me that an accident took place in your own party (Shiv Sena). We were never against you becoming the chief minister," Shinde said.

Shinde also claimed that he was earlier promised the post of deputy chief minister when the BJP-Shiv Sena alliance was in power (2014-19).

During the floor test, MLAs Abu Azmi and Rais Shaikh (both of the Samajwadi Party) and Shah Farukh Anwar (AIMIM) abstained.

Chavan and Wadettiwar came late and were unable to enter the House at the time of the vote.

Two BJP MLAs -- Mukta Tilak and Laxman Jagtap -- are seriously ill and did not come to the House.

Ahead of the floor test, Sena MLA Santosh Bangar, from the Uddhav Thackeray camp, joined Shinde's faction, taking its tally to 40.

Speaking in the House after the floor test, Fadnavis said when some MLAs were voting, members from the opposition benches shouted 'ED, ED'.

"It is true the new government is formed by ED, which stands for Eknath and Devendra," the BJP leader remarked.

Without taking the name of former CM Thackeray, Fadnavis claimed Maharashtra witnessed a 'deficit of leadership availability' in the last few years.

"But, there are two leaders in the House (Shinde and himself), who will always be available for people," Fadnavis said.

NCP MLA Ajit Pawar was on Monday named the new Leader of Opposition in the assembly.

He succeeds BJP leader Fadnavis, who is now the deputy CM.

Shiv Sena MP Sanjay Raut questioned the legitimacy of the faction led by Shinde, and said the breakaway group cannot claim to be the original Sena.

In a jolt to former CM Thackeray ahead of the Shinde-led government's floor test, Speaker Narvekar reinstated Shinde as the Shiv Sena legislature party leader, removing Ajay Chaudhary from the post.

Speaking to reporters in Delhi, Raut said these MLAs (of the Shinde group) should ask themselves some questions.

They used the party symbol and all benefits that come along with it to win election, and then broke the same party.

"We will definitely contest it in court. The Shinde faction left the Shiv Sena, then how can they claim that their group is the original party, and not the one led by Uddhav Thackeray. The Thackeray name is synonymous with the Shiv Sena," the Rajya Sabha member said. 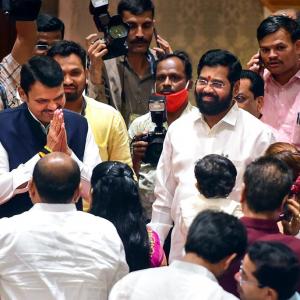 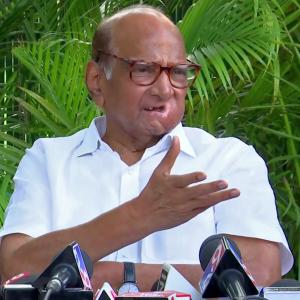