The Election Commission on Wednesday set up a committee under a deputy election commissioner to examine the matter related to Prime Minister Narendra Modi's address to the nation 'in the light of the Model Code of Conduct' which is in force for Lok Sabha polls.

An Election Commission spokesperson said the poll panel has directed a committee of officers to 'examine the matter immediately in the light of the model code of conduct'.

However, sources in the poll panel said issues related to national security and disaster management do not fall under the ambit of the model code which came into force on March 10 when the ok Sabha election schedule was announced.

The seven-phased polls will begin on April 11 and end on May 19.

The sources said the decision was taken after the opposition claimed that the PM's address violated the model code as he highlighted an 'achievement' of the government and the issue was not necessarily related to national security.

"The Cabinet Committee on Security (CCS) had met. Decisions taken by it and issues such as disaster management do not fall under the (ambit of)model code of conduct and require no prior nod," a functionary had said earlier in the day.

Though there was no official word on the deadline given to the committee to submit its report, the sources said the task will be completed at the earliest.

The panel would go through the video and the transcript of the address.

The PM addressed the nation after a meeting of the Cabinet Committee on Security Wednesday morning which was apparently apprised of the development.

'The matter related to the address of the Prime Minister to the Nation on electronic media today afternoon has been brought to the notice of the Election Commission of India.

'The Commission has directed a Committee of Officers to examine the matter immediately in the light of Model Code of Conduct,' the EC spokesperson tweeted Wednesday night.

Deputy Election Commissioner in charge of the Model Code of Conduct (MCC) Division Sandeep Saxena will head the panel.

The panel will submit its report after examining the prime minister's speech as soon as it receives all relevant information and material, they said.

The decision was taken at a meeting of the Commission Wednesday afternoon.

In his address, Prime Minister Modi on Wednesday announced that India had demonstrated anti-satellite missile capability by shooting down a live satellite, describing it as a rare achievement that puts the country in an exclusive club of space superpowers.

Opposition parties alleged that the PM's address was a violation of the model code of conduct and demanded that EC take action in this regard.

Source: PTI© Copyright 2020 PTI. All rights reserved. Republication or redistribution of PTI content, including by framing or similar means, is expressly prohibited without the prior written consent.
Related News: Election Commission, Narendra Modi, India
SHARE THIS STORY
Print this article 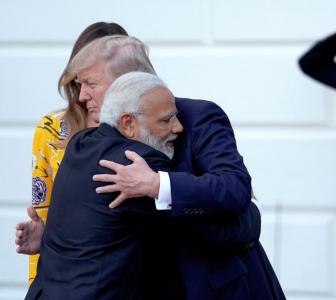 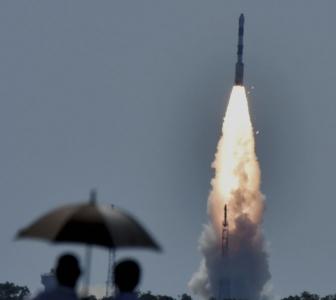 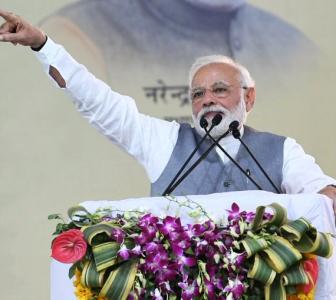