News
Business
Movies
Sports
Cricket
Get Ahead
Money Tips
Shopping
Sign in  |  Create a Rediffmail account
Rediff.com  » News » Karnataka votes on May 12, counting on May 15

Karnataka votes on May 12, counting on May 15 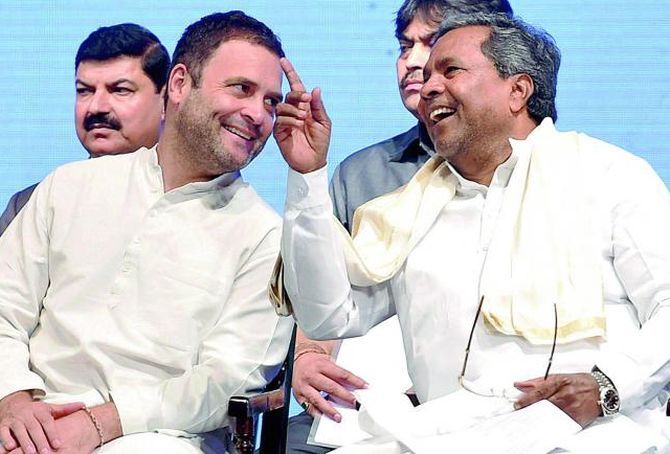 The Election Commission on Tuesday announced that the Karnataka assembly polls will be held on May 12, beginning the countdown to the crucial electoral battle that will decide whether Bharatiya Janata Party’s juggernaut will breach the last major Congress fortress.

The votes -- which will determine whether Chief Minister Siddaramaiah will beat back the saffron tide in Karnataka -- will be counted on May 15, Chief Election Commissioner O P Rawat said.

The announcement was shadowed by the controversy with BJP IT cell chief Amit Malviya tweeting the election date while Rawat was addressing a press conference but had not declared the date.

The CEC described it as a “very serious issue” and promised stringent legal and administrative action.

While Malviya said he had only quoted a news channel, many social media users pointed out that another Twitter user, Srivatsa, whose profile describes him as Congress’s social media in-charge in Karnataka, also put out the same information at almost the same time.

Both Malviya and Srivatsa got the polling date right but the date of the counting of votes wrong.

Rawat said the notification for the polls for the 224-member assembly, which will be held in a single phase like the last time, will be issued on April 17. The last date for filing of nomination will be April 24 and the last date for withdrawal of candidature April 27.

All electronic voting machines will be linked to Voter Verifiable Paper Audit Trail machines, he said.

As the EC announced the dates in the national capital, BJP president Amit Shah was in Karnataka on the last day of a two-day tour of the state, leading his party’s bid to unseat the Congress from the only big state it continues to rule.

If the stakes are high for the BJP, which believes that a win will energise its cadres after its shock defeat in recent by-polls and reaffirm its pole position before the Lok Sabha elections, they are higher still for the Congress as a defeat will be a telling blow to its political fortunes, say political observers.

Outside Karnataka, the Congress is in power in Punjab, Mizoram and Puducherry. A loss in the southern state will deprive it of power in the only remaining big state, defined as one which sends 20 or more MPs to the Lok Sabha, in its kitty.

Siddaramaiah had recently announced religious minority status for Lingayats, a move aimed at denting the BJP’s vote bank as the state’s largest community is seen to be backing the saffron party’s chief ministerial candidate B S Yeddyurapa, who hails from the same caste.

Seeking to rally different castes under the saffron umbrella, Shah has been reaching out to mutts linked to different communities with his party playing the Hindutva card by accusing Siddaramaiah of practising “appeasement politics” to court Muslims.

Congress president Rahul Gandhi too has been crisscrossing the state, holding rallies and visiting holy places.

The Janata Dal-Secular led by former prime minister H D Deve Gowda is the third player in the fray.

While the Congress and the BJP are the main claimants for the power, the JD-S, a strong force in southern Karnataka, can play spoilsport for both. It hopes to be a kingmaker in the event of a hung verdict, a result the state has often thrown in the past elections 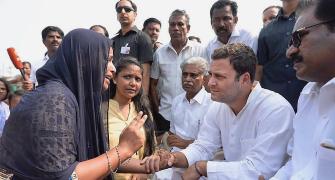 With eye on Karnataka elections, Congress to assess performance of MLAs