Statement recorded by police can be treated as a dying declaration and is valid evidence, the Supreme Court has held.

The court ruled this while upholding the life imprisonment on a man who murdered his wife by setting her ablaze in Maharashtra.

"In a situation where PW 2 (doctor) has clearly certified, both at the time of commencement of the recording of the statement of the deceased as well as at the conclusion thereof, that deceased was fully conscious and in a fit mental condition to make the statement we will have no occasion not to accept the said opinion of the doctor who was present with the deceased at the relevant time," the court said.

The bench of justices Swatanter Kumar and Ranjan Gogoi dismissed the appeal of Salim Gulab Pathan who set ablaze his wife Nazabi on September 4, 2001, after a quarrel.

Though the convict claimed that she had committed suicide, the trial court sentenced him to life imprisonment mainly on the dying declaration made by her to a police constable.

The Bombay High Court affirmed the sentence upon, which he appealed in the Apex court.

The defence took the plea that the statement recorded by the police constable was a doubtful claim of the prosecution as the victim was not in a position to make a statement.

However, the apex court citing its earlier judgment in the Paras Yadav vs state of Bihar (1999) and also in Balbir Singh vs state of Punjab (2006) said a dying declaration would

not lose its efficacy merely because it was recorded by a police officer and not by a magistrate.

In the said case it was held that the statement of a deceased recorded by a police officer as a complaint and not as a dying declaration can in fact be treated as a dying declaration if the other requirements in this regard are satisfied.
Source: PTI© Copyright 2021 PTI. All rights reserved. Republication or redistribution of PTI content, including by framing or similar means, is expressly prohibited without the prior written consent.
Related News: Supreme Court, Salim Gulab Pathan, Bombay High Court, Swatanter Kumar, Ranjan Gogoi
SHARE THIS STORY
Print this article
Give notice in newspapers about state polls: HC tells EC
Hacktivists Anonymous takes down SC, AICC websites
SC seeks Centre, Kerala's replies on Italy's plea 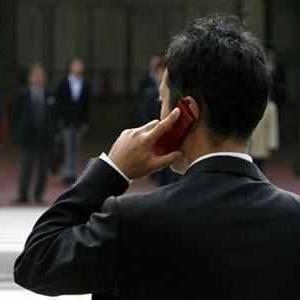