At least 15 militants, including two Taliban commanders, were killed when US drones struck twice in the restive South Waziristan tribal region of Pakistan on Tuesday.

A CIA-operated spy plane fired four missiles at a vehicle, killing eight persons linked to a faction of the Tehrik-e-Taliban Pakistan led by Maulvi Nazir.

Two commanders -- Amir Hamza and Shamsullah -- were among those killed in the missile strike, officials were quoted as saying by TV news channels.

Seven persons were killed in the second drone strike in Shawal area of South Waziristan Agency.

A drone fired missiles at a vehicle, killing the men, officials said.

The Pakistan Army had conducted a major offensive in South Waziristan to flush out militants three years ago.

There have been over a dozen drone attacks in Pakistan's tribal belt this year.

people have been killed in these missile strikes, most of which were carried out in North Waziristan Agency.

Following a spike in tensions between the US and Pakistan in the wake of the American raid that killed Osama bin Laden, the number of drone attacks dropped last year.

The use of the CIA-operated spy planes was cut back further after a cross-border NATO air strike killed 24 Pakistani soldiers in November.

Pakistani officials publicly describe the missile attacks as "counter-productive" but reports have said the government has extended tacit support to the drone campaign.

US President Barack Obama confirmed for the first time in January that US drones target militants on Pakistani soil.

However, the attacks have fuelled anti-American sentiments in Pakistan. 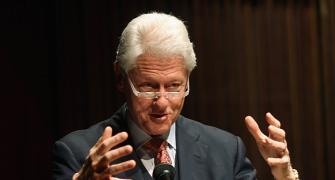 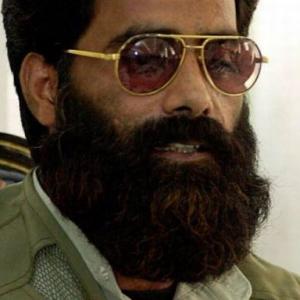