High drama unfolded in Rajasthan Sunday evening as a group of Congress MLAs loyal to Chief Minister Ashok Gehlot reached the assembly speaker's residence to submit their resignation ahead of a legislature party meeting which was called to decide on his successor. 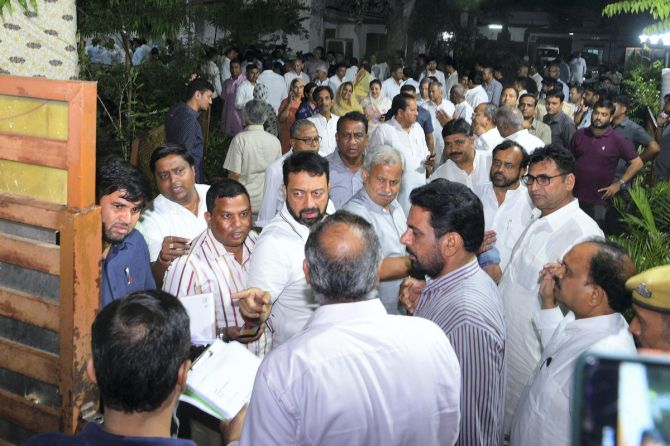 The development suggested a worsening power struggle between the chief minister and Sachin Pilot who was tipped to be Gehlot's replacement after he declared his candidature for the Congress president's post.

One of the Gehlot-loyalist MLAs claimed more than 80 legislators, including Independents, have reached Speaker C P Joshi's residence in buses and will submit their resignation.

However, the number could not be independently verified. The Congress has 108 members in the 200-member house. It also enjoys the support of 13 Independents.

The group of MLAs earlier held a meeting at Minister Shanti Dhariwal's residence, which was seen as an attempt to thwart the possibility of Sachin Pilot being made the next chief minister.

"We are going to the speaker's residence and will submit our resignation," state minister Pratap Singh Khachariyawas told reporters.

Congress observers Mallikarjun Kharge and Ajay Maken, along with Gehlot, reached the chief minister's residence where the Congress Legislature Party meeting was to be held this evening. Pilot reached there separately.

Some of the MLAs loyal to Gehlot said his successor should be someone who was instrumental in saving the government during the political crisis in 2020 and not someone who was involved in the bid to topple it, a veiled reference to Pilot.

He said if Gehlot does not remain the chief minister, the party will face a major trouble in winning the next Assembly elections.

"If the decision is not taken keeping the MLAs' sentiments in mind, the government will be in danger," independent legislator and advisor to the chief minister Sanyam Lodha said after the meeting at Shanti Dhariwal's residence.

Gehlot and Pilot were at loggerheads for the chief minister's post soon after the Congress won the Assembly elections in December 2018. The high command then chose Gehlot as the chief minister for the third time while Pilot was made his deputy.

Earlier in the day, Gehlot said a one-line resolution stating all Congress legislators have full faith in the party president's decision on his successor is likely to be passed during the Legislature Party meeting this evening.

"This has been a tradition in the Congress from the beginning that whenever the Legislature Party meeting is held at the time of election or for the selection of a chief minister, a one-line resolution is definitely passed to give all rights to the Congress president. And, I understand this will happen today too," Gehlot told reporters in Jaisalmer.

"All Congressmen unanimously keep faith on the Congress president, and today also, you will get a glimpse of it. You need not have to think much about ifs and buts," he told reporters during to a visit to Jaisalmer to offer prayer at the Tanot Mata Temple. 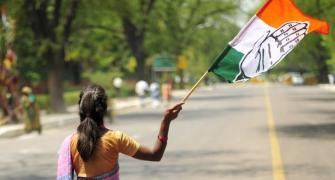 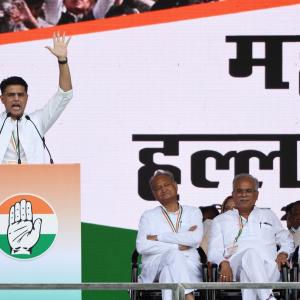 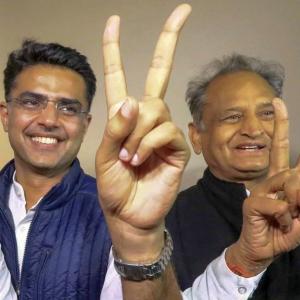