By A Correspondent
January 11, 2012 11:18 IST
The Dravida Munnetra Kazhagam's general council, the party's highest policy-making body, will be meeting in Chennai on February 3. Nothing surprising about it, but what is is the main agenda for the meeting. early Lok Sabha polls.

And none is more surprised by this than the All India Congress Committee whose senior leaders made frantic phone calls to the DMK as well as to media-persons covering Tamil Nadu to understand the provocation for the DMK's decision.

The alarm is understandable as neither the Congress party nor the United Progressive Alliance has said a word so far on advancing the Lok Sabha elections which are due in 2014. AICC leaders who have a closer rapport with the DMK do not buy the theory of the Dravida party trying to position itself, and suggest that the party is attempting to gear up its cadres's morale following the rout in the assembly and civil polls in the state.

Unlike, say, the Trinamool Congress, the DMK has so far been a dependable ally for the Congress and has never wielded overt threats, even when party leader Karunanidhi's daughter Kanimozhi was in jail in the 2G spectrum scam.

Nevertheless, coming on the heels of Trinamool's Mamata Banerjee telling off the Congress party in West Bengal and the Nationalist Congress party playing hard ball with the Congress over seat-sharing for the Mumbai civil elections, Congress leaders don't want to treat the DMK's move lightly, and believe that the latter maybe internally apprehending that the Congress may ditch it for its rival, Jayalalithaa.

A section of the DMK feels that Karunanidhi's decision to include early Lok Sabha polls in the party's agenda is to neutralise the Narendra Modi-Jayalalithaa meeting in Chennai slated for January 14, and to send a political message to state Congress leaders like GK Vasan and P Chidambaram.

Lok Sabha to celebrate its 60 years on May 13 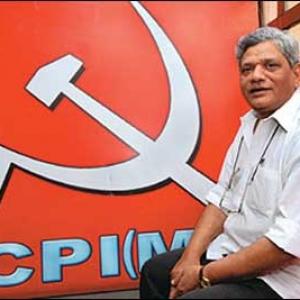