Source: PTI
March 19, 2012 16:20 IST
Welcoming the government's decision to back the United States sponsored resolution against Sri Lanka at United Nations Human Rights Council, Dravida Munnetra Kazhagam chief M Karunanidhi on Monday said his party had even decided to pull out its ministers from the United Progressive Alliance and extend issue based support to it in the event of its demand not being met.

Karunanidhi, whose party is a key ally of UPA, also called off his proposed one-day fast on March 22 and Tuesday's high-level meeting in the context of Prime Minister Manmohan Singh's statement that India is inclined to vote in favour of the resolution against Colombo over alleged war crimes.

The DMK has 18 members in the Lok Sabha. Speaking to the media soon after Dr Singh told the Lok Sabha that India was "inclined to" vote against Sri Lanka, he said DMK's high-level meeting on Tuesday was scheduled to discuss if the party should continue in the UPA if the Centre was unable to support the resolution.

The DMK patriarch also read out to the media a draft copy of the resolution supposed to be passed at the meeting. Karunanidhi said he had announced the fast to be observed by his party men throughout the state only if India failed to support the US-backed resolution. Asked whether it was victory for the struggle of Sri Lankan Tamils, he said, "Yes." He said the prime minister's response to the issue was "satisfactory". 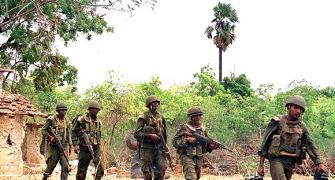 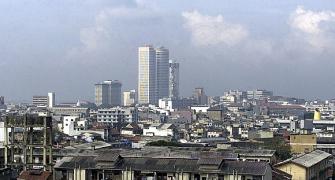 India inclined to back UN resolution on Lanka: PM