The opposition Dravida Munnetra Kazhagam in Tamil Nadu on Saturday released its party's manifesto for the April 6 Assembly elections in the state, making a slew of promises including free computer tablets with data card for students and a law to provide 75 per cent of jobs in the state to locals. 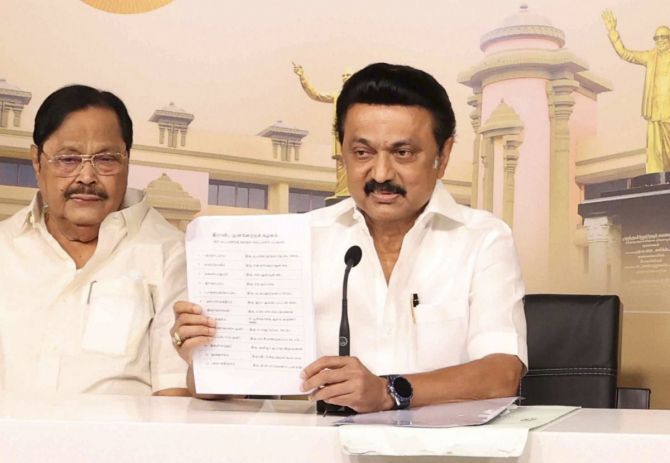 Releasing the manifesto, DMK President Stalin said if his party was voted to power, first generation graduates will be given preference in government jobs, reservation in private sector will also be insisted and promised subsidies for small farmers.

"Tablets with free data will be provided to government school and college students," Stalin told a press conference at party headquarters Anna Arivalayam.

If voted, the party will reduce the rates of petrol and diesel by Rs 5 and Rs 4 per litre, he said in an apparent reference to tax cuts.

Also, a subsidy of Rs 100 towards LPG cylinder will be provided.

Steps will be taken to expedite the submission of a committee (Arumughasamy Committe) report formed to probe the circumstances leading to the death of Chief Minister J Jayalalithaa in 2016, he said.

Further, a law to set aside 75 per cent of jobs in industrial houses for locals will be passed if the DMK was voted to power, he added.

Promising an allocation of Rs 1000 crore towards renovation and consecration of Hindu temples, Stalin assured to provide Rs 200 crore for churches and mosques.

Better water management, supply of clean drinking water, increase in women's reservation in government jobs, hiking old age pension and establishment of 'Kalaignar Unavagam' eateries as part of hunger eradication were the other assurances provided by the DMK. 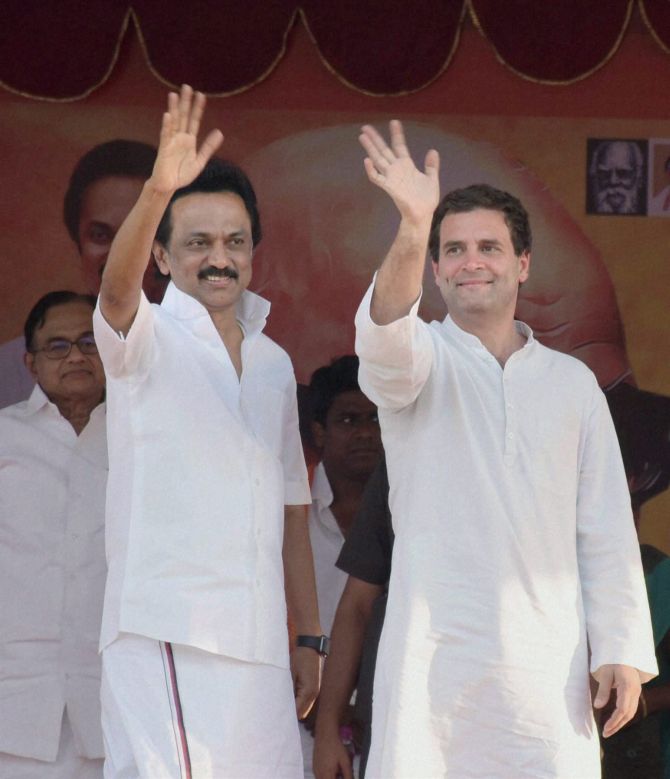 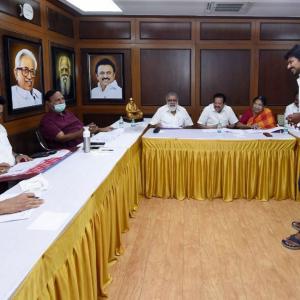