High-pitched identity politics, which is the norm in the northeast, has continued to compound the boundary problem. Cartographers' lines drawn on survey maps pitted against local people's perception of traditional boundaries are at the root of a slew of border disputes between Assam and states that were carved out of it post-Independence.

With one such line drawn through a forest turning into a flashpoint for a violent clash between Assam and Mizoram police and civilians on Monday, Assam's conflicts with its neighbours have come under renewed focus.

Almost all north-eastern states, barring the former princely states of Tripura and Manipur, were carved out of Assam in the decades following India's independence in 1947.

District borders drawn by cartographers on a 1 cm: 1 km scale became inter-state borders for what were till then hilly and remote districts of a huge state.

"Sometimes the lines were drawn across a hill, sometimes through a forest on maps which did not clarify whether the hill slope or forest patch through which the line went was Assam's or its new neighbouring state's.

"On the ground it meant a lot of headache for administrators as the line often also clashed with a tribe's perception of its traditional hunting or grazing or jhum (shifting) cultivation lands," pointed out Ranjan Chatterjee, former chief secretary of Meghalaya, who served Assam for much of his career.

P H Hauzel, former chief secretary of Mizoram, said land in the Lushai Hills, which is what Mizoram was called before 1972 when it became a separate Union territory, was controlled for centuries by chieftains and the areas which form the current conflict zone were the hunting grounds of some of these chiefs.

An inner line drawn up by the British for these tribal areas in 1875 to protect tribes from influences of plainsmen seemingly sanctified these tribal claims.

"When district boundaries were later drawn up by the British in the 1930s, some of these traditional tribal land appeared on the other side of the boundary....This was perhaps done as tea gardens were encroaching on these forests," said Hauzel.

As long as these states remained part of Assam, these perceptions and lack of details in the cartographic maps did not matter, as a tribe's claims on the other side of a district's border were not challenged by any authority.

However, as these became inter-state borders with excise and police posts, land ownership on either side of the imaginary line became a hotly contested issue. With populations in all states spilling over, and land in a once scarcely populated part of India turning into a prized possession, the issue started acquiring economic underpinnings.

Throw in a state's or a tribe's sub-nationalism into the brew, and the pot often became a red hot recipe for conflict.

"Conflict was sometimes inherent in the way boundaries were drawn up when states were created.... Very often not in keeping with the population's composition or terrain," explained Sanjiv Sood, former additional director general of BSF.

Nagas, who were the first to get a state of their own in 1963, have been among the most aggressive in demanding redrawing of maps so that all areas where they live, regardless of the state where the land is located, are part of Nagaland.

"Assam wants status quo.... The tribal states which were carved out of it do not agree. Each tribe has its own historical narrative on land ownership, these are often at variance with the official map or another tribe's or a plains community's narrative," Chatterjee said.

Though disputes and clashes started within years of the new states coming into being, the first major conflict was in 1985, when a firefight between armed Nagas and Assam police resulted in more than 40 people losing their lives.

Assam alleges that Nagas have over the years taken over more than 60,000 hectares of forest land in Sivasagar, Golaghat and Jorhat districts, while Nagaland politicians claim that these were traditional Naga lands and should never have been shown as part of Assam.

Seven years after Nagaland was formed, a separate autonomous state comprising Khasi, Garo and Jaintia hills was carved out within Assam. In 1972, this became a full-fledged state  Meghalaya -- named by the famous linguist Suniti Chatterjee.

In the same year, the North Eastern Frontier Agency, which after 1947 had become part of Assam, was renamed Arunachal Pradesh and made a Union territory.

A North-East States Reorganisation Act passed by Parliament laid down the boundaries of these states. However, soon after becoming states, both Meghalaya and Arunachal disputed their borders.

While Meghalaya disputed the award of part of Mikr Hills which went to Assam, Arunachal claimed that Assam had encroached on its land.

The village of Langpih, which Meghalaya says is Garo land and Assam insists is part of Kamrup district, became a flashpoint in as early as 1974. Thirtysix years later it became the site for a pitched battle between Khasis, Garos and Nepali farmers. Assam police opened fire, killing four and injuring 18 more.

High-pitched identity politics, which is the norm in the northeast, has continued to "compound the boundary problem", Chatterjee noted.

Attempts by successive central governments to sort out the border conflicts have failed till now. The latest is a round of talks last week initiated by Home Minister Amit Shah, who asked chief ministers to try and resolve their boundary conflicts in the 75th year of Indian Independence.

Whether this well-meant move will succeed or flounder like the ones before because of the intransigence of political leaders is something only time will tell. 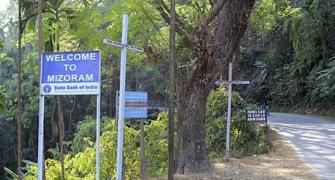 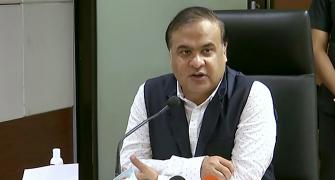