Amid demands of death for rapists, a Parliamentary panel on Friday suggested that President should not consider clemency pleas in rape and murder cases and said mercy petitions should be disposed of within three months and reasons for granting clemency should be made public.

In its report tabled in the Rajya Sabha, the standing committee on home also recommended publicising the names of sex offenders after conviction. It has supported the government's view that in cases the rape victim either dies or is left in a vegetative state, the rapist be given death sentence.

However, following differences it did not recommend reducing the age of juveniles. The committee in its report on the Criminal Law (Amendment) Bill, 2012 said, "Application for clemency should not be considered in rape and murder cases."

It also said that mercy petitions should be disposed of within three months and reasons for granting clemency should be made public.

But the home ministry refused to share the details citing privilege in discussions between the home minister and the President. "Hence the suggestion to make reasons public," he said.

He also said the delays in clearing mercy petitions was being used by convicts to demand commuting their death sentence to life imprisonment in courts.

PTI
Source: PTI© Copyright 2022 PTI. All rights reserved. Republication or redistribution of PTI content, including by framing or similar means, is expressly prohibited without the prior written consent.
Print this article
'Unconstitutional to hang Rajiv assassination convicts' 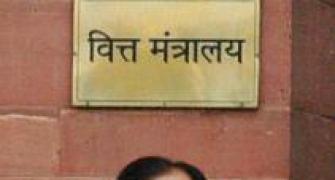