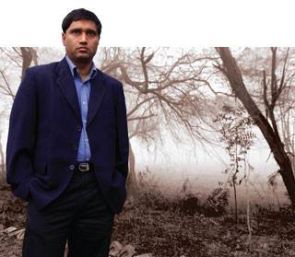 'President Abdul Kalam has been a role model for me. His positive attitude and selfless manner in which he served the country will always inspire me'

Whistle-blower bureaucrat Sanjiv Chaturvedi, who has been selected for the prestigious Ramon Magsaysay award, expressed disappointment over the functioning of the Prime Minister’s Office and said he was able to "survive" only because of an "independent judiciary".

"There should be zero tolerance against corruption not against honest officers. I am disappointed with the functioning of PMO, as I worked with policy of zero tolerance espoused by the prime minister. I took this message to heart and took considerable personal risks to break corruption in AIIMS," he said.

He was reacting to his selection for the Ramon Magsaysay award. Chaturvedi and founder of NGO Goonj Anshu Gupta are the two Indians selected for the coveted award for this year.

Chaturvedi said he had taken action in a number of cases of alleged corruption involving senior officials and "powerful" people taking inspiration from the PM's slogans like 'na khaunga, na khane dunga' (neither will I take bribe, nor will I allow anyone to take bribe) but was unsuccessful.

Chaturvedi was removed in August last year from the post of chief vigilance commissioner at AIIMS. He had alleged that he was removed because he had detected irregularities at the institute. Currently, he is serving as Deputy Secretary in AIIMS.

"Our late President Abdul Kalam has been a role model for me. His positive attitude and selfless manner in which he served the country will always inspire me.

"He had said that to fight corruption, a seminal role has to be played by the mother, father and teacher of the children so that right moral values could be inculcated right from the very beginning," said Chaturvedi.

Talking about his removal from the post of CVO at AIIMS, Chaturvedi alleged that wrong facts were presented to the prime minister on the issue. "I came to know from RTI documents that after my removal as the CVO, AIIMS, in August last year, the prime minister had spoken to then Union Health Minister Harsh Vardhan on the issue. But the report that was given to him was not based on actual records.

"My appointment had an approval of all statutory authorities at AIIMS and was also a part of a commitment to the parliamentary committee by the Central government. However, all these were violated and a false excuse was given that my appointment had no prior approval of the CVC and that is why I had to be removed," he alleged.

"When I had to be removed from the CVO's post, 20 signatures were recorded within 24 hours and when my reasonable and lawful cases of promotion, cadre change and deputation went, these were kept pending for months and months," he said, adding, "It shows that the system is working towards zero tolerance to honesty (not corruption)."

Asked about his motivation for the relentless fight against graft, Chaturvedi credited his father's fighting spirit and lessons to neither do injustice nor compromise with justice. "My grandfather was a freedom fighter and he had taken part in 1942 Quit Indian movement after which he was felicitated in 1972. I shared close bond with him. My father is a retired engineer in the Uttar Pradesh state electricity board and he has the same fighting spirit. So all these factors in the family had a grooming effect on my personality," he told PTI.

Sanjiv's mother Kalawati Chaturvedi also expressed her happiness on him being selected for the award, saying, "He has battled a lot, I am very grateful to God. Since childhood he has been an intelligent child, who always took his work seriously and fulfilled all tasks diligently."

"What I fear is many honest officers unlike him succumb to the political pressure. May God give courage to all of them," she prayed.

Chaturvedi said he will donate the cash, which he will receive as part of the Magsaysay award, to AIIMS for the benefit of poor patients.

The IFS official, has been transferred 12 times in the last five years, had taken on land sharks during his stint in the Haryana government. Chargesheets against him by the state government was quashed by the President on four occasions, a record in the career of any official in the history of independent India.

The first order was passed on January 3, 2008, quashing suspension order dated August 2, 2007, of the Haryana government issued for preventing destruction of a wild life sanctuary and preventing illegal expenditure of public funds on a private land in the name of Fatehabad Herbal Park, belonging to Prahlad Singh Gillakhera, a legislator and chief parliamentary secretary.

The second order was passed on January 19, 2011, quashing a major penalty on a departmental chargesheet dated September 14, 2007 issued by Haryana on the same charges. The third order was passed on October 3, 2013, quashing major penalty on a departmental chargesheet issued by the state in August 2012, which had tried to implicate the officer in the same multi-crore Jhajjar plantation scam which was exposed by him.

The fourth order on January 31, 2014 vide which ACR of the officer for the financial year 2010-11 and 2011-12, which were downgraded as zero by the state government despite overachieving revenue targets, was again restored back to the outstanding.

Chaturvedi was brought on deputation to AIIMS in Delhi in 2012 as deputy secretary, AIIMS and was given the charge of CVO where he flagged almost 165 cases of corruption.

In August 2014, he was removed from the additional charge of the CVO by the then Union health minister, although he continued to retain the deputy secretary post at AIIMS. 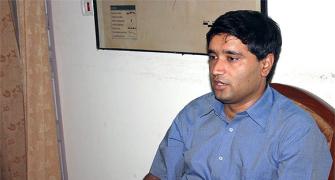 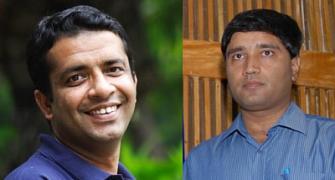 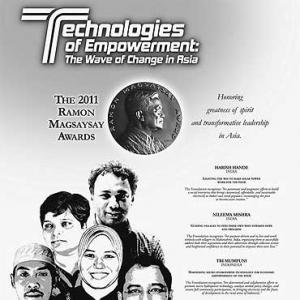 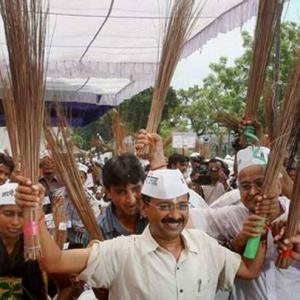