Disappointed at the hanging of Afzal Guru: PDP

Opposition Peoples Democratic Party on Saturday expressed disappointment over the hanging of Parliament attack convict Mohammad Afzal Guru and appealed to the people of Kashmir to exercise restraint.

"PDP is disappointed at the hanging of Afzal Guru. We had urged that political sensitivities should be taken into considering while taking a decision on his clemency plea," PDP spokesman Nayeem Akhtar said.

"We appeal to the people of Kashmir to exercise restrain and not allow repeat of the situation in 2010 when more than 100 youth were killed," he said.

In a guarded response to the hanging of Guru, Akhtar said PDP had appealed to President Pranab Mukherjee to commute the death sentence into a life term.

"We have been greatly disappointed and we understand that besides the legal procedure, there are other aspects of state governance for which the Constitution of India provides for clemency for the death convicts. Considering the possible fall out, we had requested that the death penalty of Guru should be commuted to life sentence," he said.

Akhtar said the Centre should return the body of Guru to his family for a proper burial and last rites.

The PDP spokesman said Chief Minister Omar Abdullah cannot wash his hands off from the responsibility of Guru's hanging.

"We don't agree with the statement of the chief minister that state government had no role in the hanging. His party is part of the UPA and the responsibility of such decisions is collective," he said. 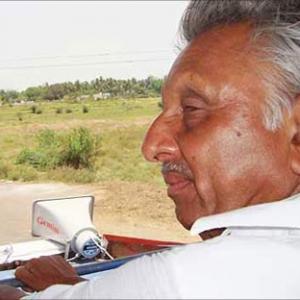