'Disability pension of armed force was being misused'

The latest circular which clarified the eligibility for availing disability pension by armed forces personnel was issued after data analytics found that the provision meant for the needy was being misused, the Central Board of Direct Taxes chairman has said. 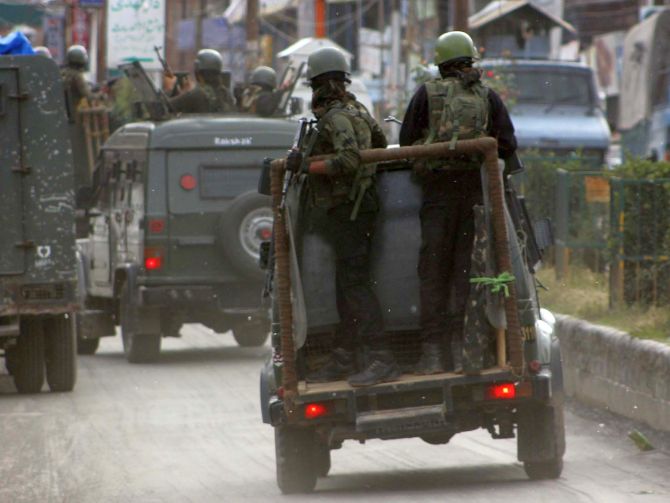 CBDT chief P C Mody said the circular issued on June 24 was not a new directive but only in clarification to the stated policy.

"We have full respect for the soldiers working in the armed forces. If there is any disability, then this provision is there but what happened was that over a period of time, the data analytics showed that many were claiming it and that it was being misused.

"To stop this, a clarificatory circular was issued. If disability happens due to action, then this pension is untaxed as it has been," the CBDT chief said.

The CBDT, which frames policy for the Income Tax Department, had issued circular no 13 of 2019 stating "such tax exemption will be available only to armed forces personnel who have been invalidated from service on account of bodily disability attributable to or aggravated by such service and not to personnel who have been retired on superannuation or otherwise."

A CBDT circular acts as a policy directive for tax authorities across the country while assessing the income, tax and the exemptions of an assessee.

Soon after this was issued, defence and war veterans expressed their anguish.

The army, through its official social media posts, said that over the years, broad-banding and the compensation awarded for disability with income tax exemption had led to a rise in the number of personnel claiming disability even for lifestyle diseases.

"The Indian Army is concerned for all personnel who are invalidated out of service in combat conditions or otherwise, and need additional support and discourages those who seek financial gains through their disabilities," it added.

The trend is worrisome, that too when the security challenges to the nation are on the rise, the Army said on Twitter.

Following the controversy, Finance Minister Nirmala Sitharaman's office had also tweeted a letter, saying ineligible personnel had gained from the disability benefits provided by the government to soldiers.

A group of disabled war veterans of these forces had expressed their resentment at the move, saying, "Disability compensation is not only limited to war or operation disabilities, but is also available to all other medical conditions that arise while a person is serving in the military."

"In fact, as per rules, all disabilities arising in service are presumed to be related to service conditions since a person joins the military after a series of tests for physical and mental fitness," the veterans said in a letter.