Sukesh Chandrashekhar, who was arrested by the Delhi Police for allegedly taking money from All India Anna Dravida Munnetra Kazhagam leader TTV Dinakaran to bribe Election Commission officials in getting his party the poll symbol of two leaves, is an accused in several cheating cases. 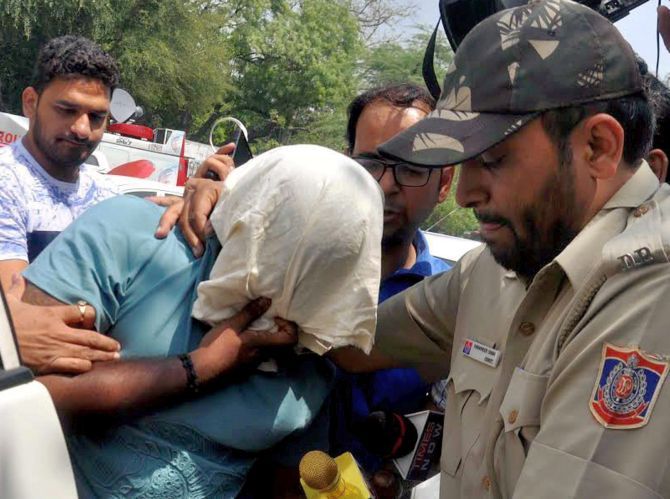 He is also known as a flamboyant conman having a fetish for luxury cars.

At the age of 27, Chandrashekhar has cases of cheating and illegal money laundering against him in the Enforcement Directorate, the Central Bureau of Investigation, the Chennai Police and the Bengaluru Police, a senior Delhi police officer said.

He was arrested on Sunday from a five-star hotel.

He claimed that he has known AIADMK (Amma) leader TTV Dinakaran for the last four years and had told him that he would get a favourable verdict from the Election Commission in the party symbol case, the officer said.

Chandrashekhar had allegedly told Dinakaran that he has contacts in the EC and they will help the Sasikala faction to get the AIADMK’s poll symbol of two leaves in the by-election to the R K Nagar assembly seat in Tamil Nadu.

Police got on Chadrashekhar’s trail after they received a tip-off from an informer about a certain EC official being approached.

“We were having some information that Dinakaran is trying to reach out to the EC through a middleman, who was later identified as Chandrashekhar,” he said.

It has been learnt that the conman had struck a deal for Rs 50 crore for helping the AIADMK (Amma) faction to keep the ‘two leaves’ symbol, said an officer privy to the probe.

IMAGE: Two luxury cars which were recovered along with cash of Rs 1.5 cr from middleman Sukesh Chandra. Photograph: PTI Photo

Till now, he had got Rs 10 crore of the amount and the remaining was to be given to him in a time-bound manner. On Sunday, police recovered Rs 1.30 crore in cash and two luxury cars -- a BMW and a Mercedes -- from him.

One of the cars also had ‘MP’ written on it, thereby hinting that he used to pose as a Member of Parliament to dupe the gullible people.

It has been found that he was getting money through a Chandni Chowk-based hawala operator. Police also has some phone conversations between the AIADMK leader and Chandrashekhar, sources said, adding that some part of the money was also paid in Kochi.

It is also being probed whether Chandrasekhar had any links with any Election Commission officials.

The official said that the man is known for his conversation skills and used to drive around in cars with red beacon to show people that he exercises influence in political circles.

He claimed that he knew a political leader and used his name to con people.

Chandrashekhar also claimed that he is married to actress Leena Maria Paul, who had also acted in a film ‘Madras Cafe’, and arrested in 2013 here by a team of Delhi and Chennai police.

He and Leena were arrested on the charges of duping Canara Bank in Chennai of Rs 19 crore, the officer said, adding that he had allegedly duped the bank by posing as an IAS officer and Leena as his aide.

While Leena was arrested from Delhi, Chandrashekhar was held from Bangalore in connection with the case after the actress gave the police a tip-off about his whereabouts.

She, at that time, had claimed that he had befriended her on the pretext of getting her modelling offers.

Chandrashekhar is an alumnus of the Bishop Cotton School in Bengaluru and an MBA dropout. He had floated a company “King Investment” and allegedly made Rs 2,000 crore by duping people through the firm.

While in Bengaluru, he had even posed as the grandson of Dravida Munnetra Kazagham chief M Karunanidhi and conned people. He used to buy luxury cars through the money he earned by conning people.

He has conned more than 100 people till now and has more than 15 FIRs lodged against him, the officer said. 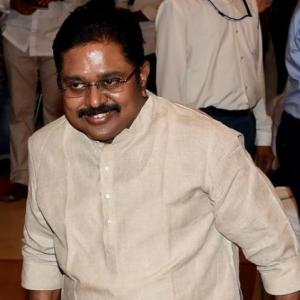 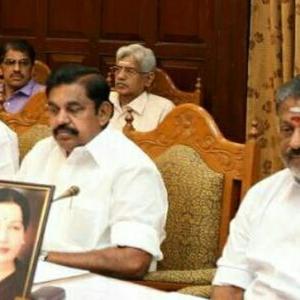