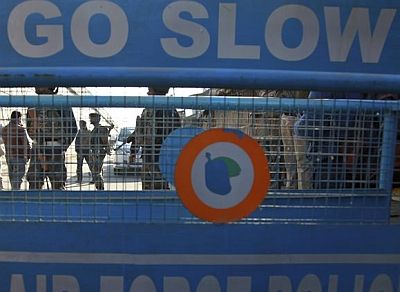 A route often used by drug smugglers was apparently followed by terrorists to infiltrate into the border state of Punjab and unleash the deadly attack on the Pathankot IAF base.

As the initial inputs suggest, the terrorists, who carried out the pre-dawn attack on Saturday, had infiltrated through tributaries of river Beas in Pathankot in Bamiyal village, located close to the International Border.

They are believed to have infiltrated into India during the intervening night of December 30-31.

The terrorists, according to official sources, crossed over near Shakargarh in Pakistan to Bamiyal village and later changed into Army fatigues before seizing a private taxi.

The taxi driver, according to information, was changing his tyres when the terrorists kidnapped him and took his vehicle for a distance before they killed him after his car again broke down.

They later kidnapped Salwinder Singh, a Superintendent of Police-rank officer, who was shunted out from Gurdaspur to take charge as Assistant Commandant of 75th battalion of Punjab Armed Police, at Kolian village.

There were three occupants in the vehicle when it was hijacked by five terrorists, which included Singh's jeweller friend Rajesh Verma and the driver.

While the terrorists slit the throat of other two, the police officer, who is facing charges of alleged breach of discipline, was released later and the vehicle was abandoned at Tajpur village, a place which is 2 km from the IAF's Pathankot air base.

The area from where the terrorists crossed over has thick foliage of elephant grass which provides an automatic cover for them, they said.

A tributary of river Beas enters into Pakistan from this village and this route is popular with drug smugglers to enter India.