The ten-day-long Ganesh Chaturthi culminated  on Sunday as thousands of devotees immersed idols of the elephant-headed deity at various designated spots across the city amid fanfare and tight security.

Here are some pictures from across India and in one case, Belgium: 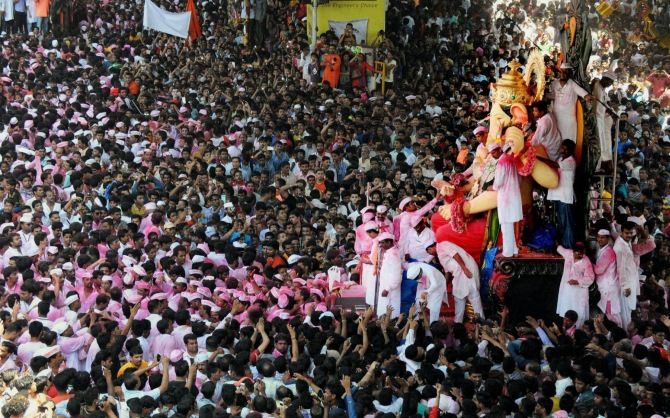 Mumbai's well-known Lalbaghcha Raja's being taken in a  prosession for immersion on Anant Chaturdashi to mark the end of Ganesh festival from  Lalbagh to Girgaon Chowpatty. 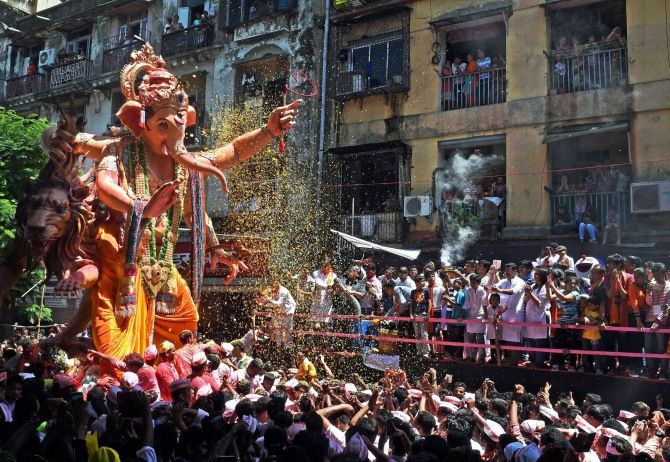 Mumbai: Devotees take a ganesh idol for immersion on the last day of Ganesh Chaturthi in Mumbai on Sunday. Photograph: Shashank Parade/PTI

Apart from 71 natural immersion spots, 26 artificial spots have been created across the city and in the suburbs, a Municipal Corporation of Greater Mumbai release said. 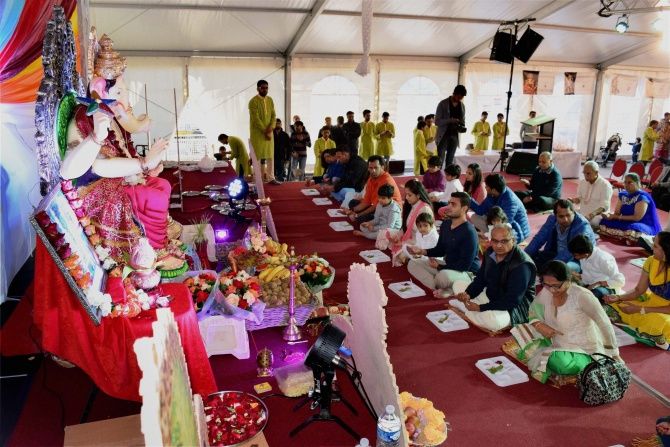 Members of the nHindu community during the Ganesh Chaturthi celebrations in Antwerp, Belgium on Saturday. Photograph: PTI

Cranes, watchtowers and floodlights were installed at most of the major immersion spots, beside 103 CCTV cameras fixed at different locations in South Mumbai that allowed security forces to keep a close vigil on the immersion activity which was since early on Sunday morning. Devotees during Ganesh Visarjan in Allahabad on Sunday. Photograph: PTI Devotees take a ganeshs idol for immersion on the last day of Ganesh Chaturthi near Chaar Minar, in Hyderabad. Photograph: PTI 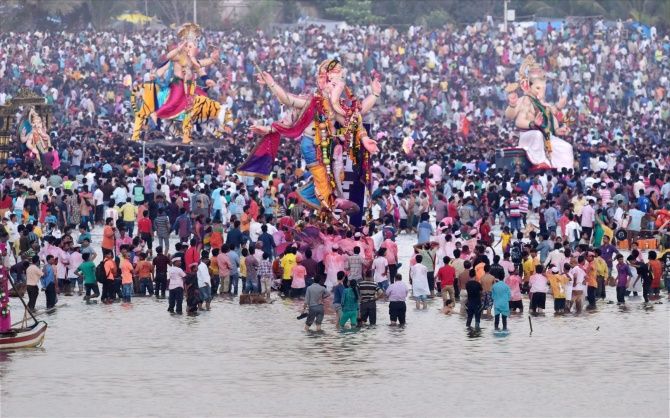 Devotees during the Ganesha Visarjan at Girgaum Chowpatty in Mumbai. Photograph: PTI 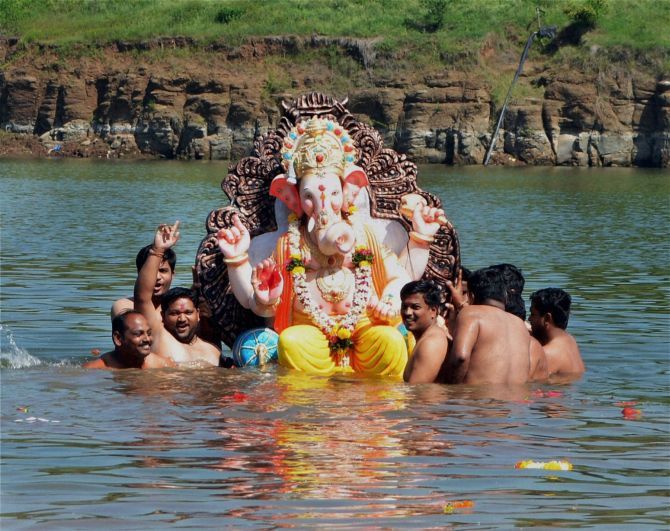 Devotees immersing a Lord Ganesha idol in Krishna river on the last day of Ganesh festival in Karad, Maharashtra on Sunday. Photograph: PTI 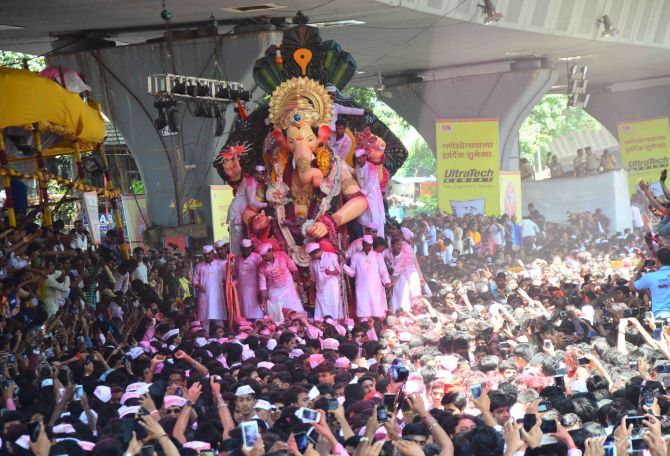 According to a statement issued by Mumbai Police on preparations undertaken for visarjan, 35,255 assistant sub- inspectors and constables, 4,500 women constables along with 250 women officers, 1,000 SRPF jawans and 250 ITBP personnel, have been deployed to maintain law and order. 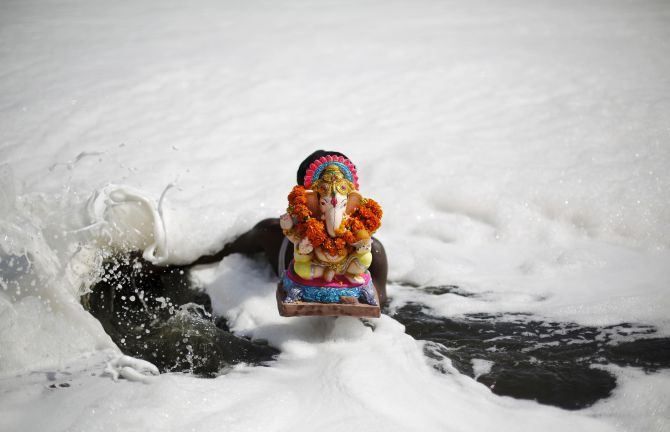 A devotee carries a statue of the Hindu god Ganesh, the deity of prosperity, to be immersed into the polluted waters of the river Yamuna on the last day of the Ganesh Chaturthi festival, in New Delhi, India. Photograph: Adnan Abidi/ Reuters

To ensure smooth vehicular movement on the immersion routes, traffic police has closed 49 roads, while 55 roads have been marked as 'one way'.

Parking restrictions have been imposed on 99 roads and 18 roads have been blocked for heavy traffic, a senior traffic department officer said.

Central Railway and Western Railway have cancelled the weekly 'mega block' (on Sunday) for the ease of lakhs of commuters. During the mega block carried out CR or WR, suburban services remain affected for certain period between specific stations. Lalbaugcha Raja being taken ahead for immersions in Mumbai on Sunday.

WR has decided to run eight special trains between Churchgate and Virar on the intervening night of September 27 and 28.

Bus operator BEST will not run its AC buses on Sunday and will only ply 1,494 buses on diverted routes paving way for decongested roads.