Designer Rohit Bal out of danger after heart surgery 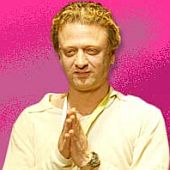 Designer Rohit Bal, the 'enfant terrible' of Indian fashion, who suffered a heart attack on Tuesday, is now stable after undergoing emergency surgery.

The 46-year-old fashion designer had a successful angioplasty late on Tuesday night at Medanta Medicity, under the supervision of cardiac surgeon Dr Naresh Trehan, and he is on the path to recovery, said his spokesperson.

The designer, fondly known as 'Gudda' in the fashion fraternity, was initially rushed to Jaslok Hospital early on Tuesday after he suffered a cardiac arrest, and was later shifted to Gurgaon-based

Medanta in the evening.

Bal, known for his flamboyant designs and Bollywood clientele, hails from Kashmir and is one of India's best known fashion designers.

A graduate of St Stephen's college, he learnt fashion designing at NIFT, Delhi and international celebrities like Pamela Anderson, Uma Thurman, Cindy Crawford and Naomi Campbell have worn his designs.