The court said that even if there was no direct act of violence attributable to the accused (Zargar), she cannot shy away from her liability under the provisions of the UAPA. 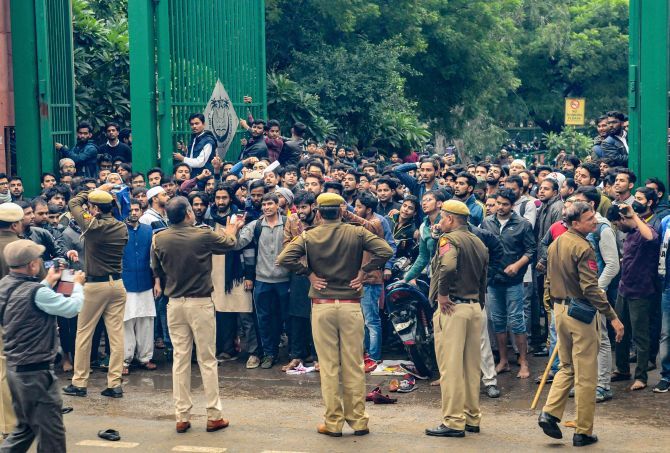 A Delhi court on Thursday dismissed the bail plea of Jamia Coordination Committee member Safoora Zargar, booked under the Unlawful Activities (Prevention) Act, in a case related to communal violence in northeast Delhi during protests against the Citizenship Amendment Act in February

“When you choose to play with embers, you cannot blame the wind to have carried the spark a bit too far and spread the fire. The acts and inflammatory speeches of the co-conspirators are admissible under the Indian Evidence Act even against the accused," Additional Sessions Judge Dharmender Rana observed.

The judge said during the course of investigation, a larger conspiracy was discernible and if there was prima evidence of existence of a conspiracy, the evidence of acts and statements made by any one of the conspirators in furtherance of the common object is admissible against all

The court said that even if there was no direct act of violence attributable to the accused (Zargar), she cannot shy away from her liability under the provisions of the UAPA.

It further said that there was prima facie evidence to show there was a conspiracy to at least blockade the roads (chakka jaam).

Keeping in mind her 'precarious medical condition' the court asked the Tihar Jail Superintendent to provide adequate medical aid and assistance to her.

Zargar, an MPhil student of Jamia Millia Islamia University, is 21 weeks pregnant and currently lodged in Tihar jail under judicial custody in the case.

The court, said in its order, that 'any activity which has a tendency to create a disorder or disturbance of law and order to such an extent that the entire city is brought to its knees and the entire government machinery is brought to a grinding halt, would obviously be treated as an unlawful activity….'

The court though concurred with Zargar's counsel that free flow of ideas and dissent through peaceful protests constituted the foundation of a strong and vibrant democracy, said that protests or demonstration was not an absolute right.

"Exchange of ideas is in fact the stepping stone for human evolution. However, the right of speech and expression and for that matter, protest or demonstration is not an absolute right and is in fact subject to reasonable restrictions under the Constitution of India," it noted.

The court said that from the material on record, one cannot ignore the case of the prosecution that the accused persons have conspired to cause disruption of such an extent and magnitude that it would lead to disorderliness and disturbance of law and order at an unprecedented scale.

"I cannot also agree with the defence counsel that the accused (Zargar) is only liable for her individual acts and the speeches delivered or the acts of the other members of the group cannot be read against her.

"In my considered opinion, if there was prima evidence of existence of a conspiracy, the evidence of acts and statements made by any one of the conspirators in furtherance of the common object is admissible against all," said the judge.

During the hearing held through video conferencing, police told the court that she had allegedly given 'inflammatory speeches' to instigate a mob that led to the riots in February.

The additional public prosecutor, appearing for the state, opposed the bail plea and argued that There was enough material to show that Zargar was involved in Delhi riots and the prosecution has rightfully invoked the provisions of UAPA.

He further said that from the investigation, it was evident that the Delhi riots were the result of a larger conspiracy to disrupt the normal functioning of the city and to overawe the government machinery by resorting to force and violence.

The police claimed that Zargar allegedly blocked a road near Jaffrabad metro station during the anti-CAA protests and instigated people that led to the riots in the area.

Zargar's counsel claimed that she has been falsely implicated in the case and had no role in the alleged criminal conspiracy in the case.

"Zargar is an absolutely innocent lady who simply holds a divergent view on the Citizenship Amendment Act. Merely holding a divergent view is no offence and by no stretch of imagination, she can be brandished as a terrorist or targeted as an anti-national," her lawyer said.

He said that dissent cannot be stifled by resorting to state's coercive machinery.

He further told the court that she was not present at the site of violence on February 24 which can be proven from her call details record.

In her absence, the alleged violence, if any, cannot be attributed to the accused, her counsel said, adding that she did deliver a speech at Khureji Khas on February 23 but it was not provocative or inflammatory.

The lawyer also said that Zargar deserved bail on humanitarian grounds as she is 21 weeks pregnant.

She is also suffering from Poly Cystic Ovarian Disorder and has a reported history of urinary tract infection and her condition becomes all the more vulnerable due to the pandemic COVID-19 situation, he said. 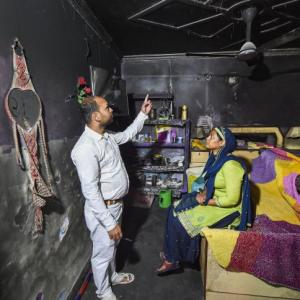