The Atomic Energy Regulatory Board has withdrawn the permission given to Delhi University to use any radioactive source in its labs as it failed to submit its final reply on the radiation exposure incident at Mayapuri scrap yard in Delhi within stipulated period, the Board said.

Rejecting the University's plea to allow it to continue to use any radioactive source in its labs, AERB Chairman S S Bajaj told PTI that "Delhi University (DU) had sought more time from AERB but the Board's Standing Committee, that reviews unusual occurrences at radiation facilities, has decided not to extend the time and withdrawn the authorisation to use radioactive source in its laboratories".

Exposure to radioactive material Cobalt-60 in the scrap market in Mayapuri, in West Delhi, had led to the death of one person and injuries to ten others in Delhi in April this year. Following the incident, AERB had suspended the use of radioactive source in the university labs and asked it to submit a reply to the Board on the incident.

The Delhi Police had traced the Cobalt-60 source to the Gamma Irradiator which the university had auctioned to a scrap dealer in Mayapuri in February.

"The Delhi University has appealed to us to remove the suspension order and allow them to use the radioactive sources for their research experiments. Although currently they have only small neutron sources and do not have any major radioactive source, the AERB Standing Committee has decided not to heed to their demand  at present," Bajaj said.

Asked whether any of the university staff will be punished under the Atomic Energy Act, Bajaj said, "At the moment we have not decided to punish any individual. AERB had on April 29 issued a show cause notice to DU for violating "safe disposal of radioactive waste and radiation protection rules" and received a preliminary report from the university on May 13.

The university was supposed to file final report but it asked for more time from the board twice. The Board, however, declined its request for more time.

The reason given by the university for not filing report was that the committee it had set up to investigate the case has not yet submitted its report.

According to AERB notice, the university had auctioned the gamma cell from its chemistry lab to scrap dealers in February in violation of rules related to "safe disposal of radioactive waste and radiation protection".

Under the Atomic Energy Act, the offence committed by Delhi University was cognisable and the punishment to the guilty could extend up to five years in jail with or without fine.

The radioactive Cobalt-60 was lying unused in the varsity's Chemistry Department for the last 25 years.

Bajaj said the Mayapuri incident was an eye-opener and "our intention is to correct the system and streamline the process of accountability of radioactive sources in the country so that such incidents are not repeated."

"We are reaching out to all the institutions, who have research activities using radioactive sources and making sure that they have a radiation safety officer in place who will be responsible for any mishap ," he said.

With a view to ensuring the guidelines of AERB and the Hazardous Wastes (Management and Handling) Rules are strictly implemented, a University Grants Commission's expert committee had set up university safety committees (USCs) to review safety in handling radioactive and other hazardous materials used by institutions.

Late last month, the UGC panel revealed that three premier universities had violated rules on using and storing radioactive material. The committee found the violations at the University of Hyderabad  and Osmania University in Andhra Pradesh and Pune University in Maharashtra. All three universities had procured Cobalt 60 from Atomic Energy of Canada Ltd decades ago.

While the University of Hyderabad had taken permission from AERB to procure the material, the other two had kept the substance without the Board's knowledge and none of the institutions was using such material but had stored them in labs.

The UGC panel also found they had not even put up radiation warning signs in front of the rooms where such materials were stored.

Nuclear Liability Bill: PM's Gift to the US 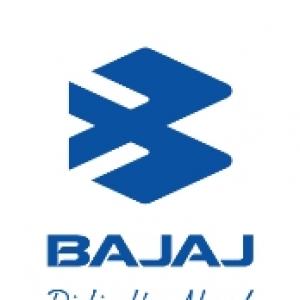 Bajaj's car project to roll out from Waluj unit