The brutal gang-rape and murder of Delhi girl has shaken the conscience of the nation, said Chief Justice of India Altamas Kabir on Monday while asking all high courts to set up fast track courts to deal exclusively with offences against women.

The delay in disposing such cases might be one of the factors for rise in crimes against women, said CJI Kabir in a letter to all the chief justices of high courts, and added that the time has come to deal expeditiously with such cases.

The CJI said the high court chief justices should get in touch with the state governments for appointment of judicial officers but in the meantime some court should be designated as fast-track courts to exclusively deal with offences against women.

"I feel that steps should be taken immediately to set up fast track courts to deal exclusively with cases of offences against women. In this regard, you may identify the number of requisite posts required to be created at the level of sessions judges as well as magistrates and, thereafter, the matter may be taken up with the state governments/union territory concerned, with promptitude, to increase the number of posts, not only of judicial officers but also of support staffs and infrastructure. In the meanwhile, you may take a decision to set up fast track courts to be manned by existing judicial officers so that they become functional without any delay. I am sure that, judging by the present day scenario, the state governments will not decline the genuine demand of judiciary," said the CJI in his one-page letter.

Referring to the Delhi gang-rape case, Justice Kabir said the incident has left an indelible mark and "time has come for these cases to be dealt with expeditiously."

"The tragic incident involving the brutal gang-rape and subsequent death of a young physiotherapy student in Delhi on December 16 has engaged the attention of all and sundry, both in the national and international arena.

"The spontaneous outburst of outrage and anger is a measure of how the incident has left an indelible mark and shaken the conscience of the nation. Rape is not only a physical barbarism, but afflicts the very soul of a victim," he said.

"A large number of cases are pending in various high courts and trial courts in respect of offences against women and in recent times there has been a marked increase of such cases. Delay may be one of the factors contributing to the rise in the number of such cases, in as much as, on account of such delay deterrence pales into insignificance.

"Time has come for these cases to be dealt with expeditiously, lest we should fail in our endeavour to arrest the sharp increase of crimes of violence against women," he said.

The CJI said this issue would be discussed in the chief justices' conference to be held in April but, meanwhile, these steps are required to be taken.

"I am giving vent to my concern for the helpless victims, awaiting justice," he said adding, "I once again impress upon you to ensure that the cases relating to offences against women are fast-tracked and taken up for hearing on priority basis, both at the high court and the district courts' level."

He said 3,670 vacancies in the subordinate court should be filled with expeditiously. 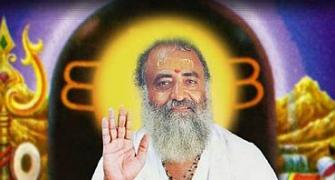 Delhi rape victim as guilty as her rapists: Asaram Bapu