Two Delhi Police Assistant Sub-Inspectors have died due to COVID-19 since Saturday evening, taking the overall coronavirus casualty figure in the force to three, officials said on Sunday.

While a 52-year-old ASI died around 11.30 am Sunday during treatment at the Army Base Hospital in Delhi, another officer of the rank passed away at the same facility Saturday evening, they said.

A Delhi Police spokesperson said that nearly 500 personnel have tested positive for the deadly virus so far.

Delhi Police Commissioner SN Shrivastava paid homage to the two ASIs and spoke to all Station House Officers through videoconferencing on preventive measures and dedicated COVID-19 facilities for his personnel.

"Delhi Police family mourns the loss of 2 brave police officers in our fight against Corona pandemic despite best efforts to save them. We pay homage to ASIs Vikram and Shesh Mani Pandey and may their souls rest in peace. We are committed to providing all help to their families," he said in a tweet.

Officials said that the ASI Vikram, who died Sunday morning, was posted in the Sultanpuri Police Station of Outer District and was on highway patrol duty in the area since May 1.

They said he was declared negative for the virus in two tests -- conducted on May 11 and May 22.

However, he felt unwell on May 25 and went to the Sanjay Gandhi Memorial Hospital where the doctor advised him one week of medical rest, the official said,

Back at his residence in Kirari Suleman Nagar, he started feeling difficulty in breathing early next morning, said Anil Mittal, the Additional PRO (Delhi Police).

On May 26, he was admitted to the Sanjay Gandhi Memorial Hospital, and later in the evening, shifted to the Army Base Hospital where he was undergoing treatment, he said.

His third COVID-19 test, conducted at the hospital on May 26, came positive, Mittal said, adding the ASI breathed his last Sunday around 11.30 am during the course of treatment.

The ASI was a permanent resident of Gopalganj in Bihar and was staying with his family at Inder Enclave in Delhi's Kirari Suleman Nagar, he said.

A few other policemen from Sultanpuri police station had also tested positive for coronavirus but most of them have recovered, another police official said.

Before Vikram, 54-year-old ASI Shesh Mani Pandey died on Saturday evening. He worked with the Finger Print Bureau of the Crime Branch in Central Delhi's Kamla Market area, another set of officials said.

He was an ex-army personnel and had joined the Delhi Police on November 1, 2014. He hailed from Rewa district of Madhya Pradesh and was residing at Naraina village in west Delhi, police said.

Deputy Commissioner of Police (Central), Sanjay Bhatia, said the ASI was tested for coronavirus on May 26 at the Lady Hardinge Medical College after he complained of fever and cough.

His result came positive for the virus on May 28, Bhatia said, adding the ASI was admitted to the Army's Base Hospital in Delhi Cant and died on Saturday evening.

Four Crime Branch officers who were said to be Pandey's "close contacts" have been tested for coronavirus and sent for home quarantine as a precautionary measure, the DCP said, adding their reports are awaited.

Pandey is survived by his wife Madhuri, 50 and their three children. Two of their children -- Krishna, 32, and Preeti, 28, -- live with their family in Rewa. Their youngest son Naveen is a class 12 student and lives with his mother.

Police said that Preeti and Krishna came to Delhi on Sunday to perform the last rites of their father.

In the wake of rise in COVID cases among his rank and file, Commissioner Shrivastava interacted with all SHOs through videoconferencing on Sunday and briefed them about the circulars and Standard Operating Procedures on preventive steps.

Delhi Police PRO Mandeep Singh Randhawa said nearly 500 police personnel have tested positive for COVID-19 so far, of whom over 200 have recovered.

The Delhi Police had reported its first COVID-19 fatality earlier in the month when a 31-year-old constable, posted at the Bharat Nagar police station in northwest Delhi, had succumbed to the disease. 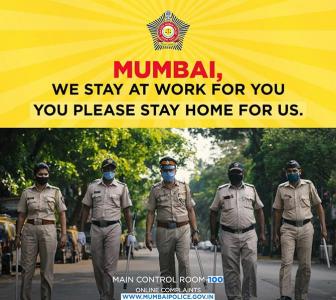 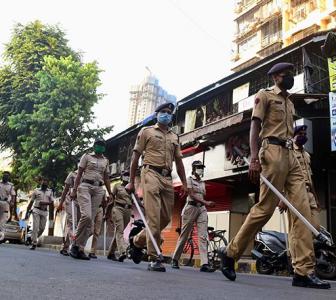 Mumbai cops above 55 yrs asked to go on leave 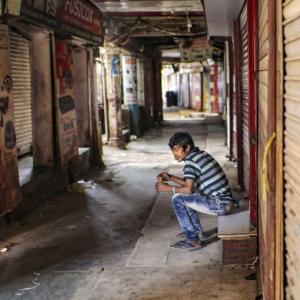 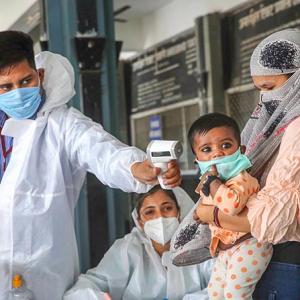