A number of events related to Holi and Women's Day celebrations were cancelled while the University Grants Commission (UGC) asked universities to avoid large gatherings as precautionary measures against coronovirus with a man from Delhi testing positive, the 31st such case in the country. 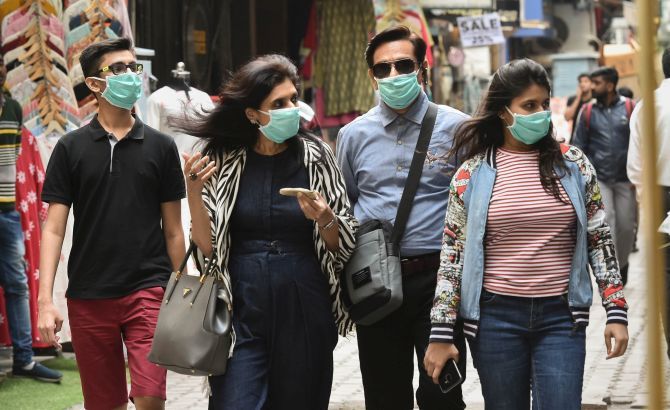 During the day, Union Health Minister Harsh Vardhan held a meeting to review preparedness for COVID-19 management, through video conference with health ministers, chief secretaries of all states and UTs, central ministers and representatives from the related organisations and stressed on the need for keeping testing and quarantine facilities, isolation wards, and labs in active readiness.

He asked the states and union territories to start an information education and communication campaign to remove misconceptions about the respiratory ailment.

Vardhan informed Lok Sabha that a total of 29,607 people are under observation of Integrated Disease Surveillance Programme (IDSP) network for novel coronavirus as on March 5.

The government also said it is in discussions with Iranian authorities and a ferry flight, carrying around 300 swabs of Indians suspected to have coronavirus infection, from Tehran is coming to the national capital.

The plane, to be operated by Iran's Mahan Air, would not have any passengers and Iranians in India would be taken back in its return journey. 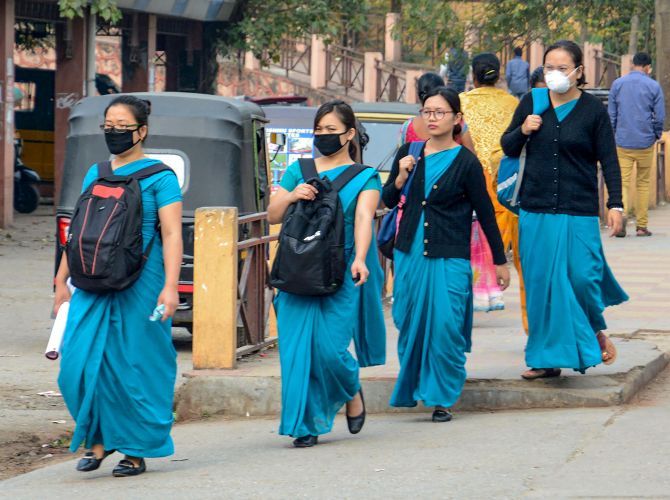 Aviation watchdog Directorate General of Civil Aviation issued an order saying aviation personnel will be examined for cold, fever and other symptoms before they are subject to breath analyser tests.

The latest instructions would be in force till March 13.

Till Thursday, there were 30 positive cases, including 16 tourists from Italy and their Indian guide. The latest case is the third in Delhi.

"The man has a travel history to Thailand and Malaysia. He is stable and being monitored. The total number of confirmed cases in India now stands at 31," a health ministry official said.

Seven family members of the man have been quarantined at their residence in west Delhi.

Even though no positive case of coronavirus has been found in Gujarat so far, the state government has decided to postpone all Women's Day events, scheduled to be held on March 8, as a precautionary measure, an official said.

The popular daily retreat ceremony between India and Pakistan at the Attari-Wagah border in Punjab will be held sans public attendance from Saturday.

The Border Security Force (BSF) said it will continue performing the ceremonial duty of lowering the flag and other drills.

The UGC directed universities to avoid any large gathering in view of the coronavirus outbreak and advised that students and staff members with travel history to the virus-affected countries be quarantined at home for 14 days. 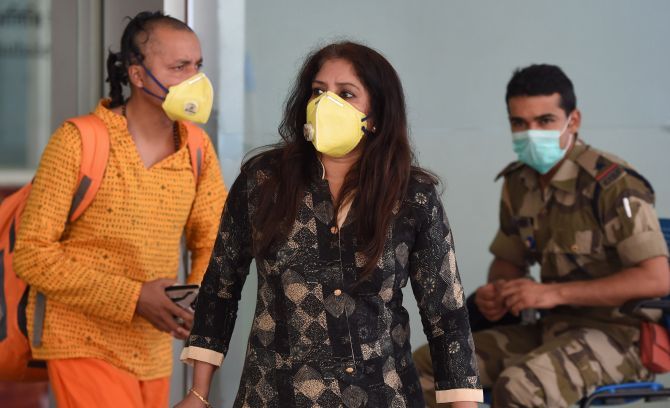 All central government employees have been exempted from marking attendance through Aadhaar-based biometric system as a preventive measure till March 31.

Instead, they will be marking their attendance manually in the attendance register, according to a personnel ministry order.

Central armed police forces like the Central Reserve Police Force and the BSF have also decided to call off official events to celebrate Holi in the wake of the coronavirus outbreak.

The Delhi government has directed schools in the national capital to suspend morning assembly as a precautionary measure for coronavirus.

The Directorate of Education (DoE) has also advised schools to withhold biometric attendance for staff till further orders.

The primary classes of all schools in the national capital have been closed till March 31, but students of secondary classes and staff are required to attend school.

Anganwadis in Delhi have also been closed in view of the coronavirus scare, Chief Minister Arvind Kejriwal said.

In a latest advisory, the government said all international passengers irrespective of their nationality are mandated to undergo universal medical screening at airports. 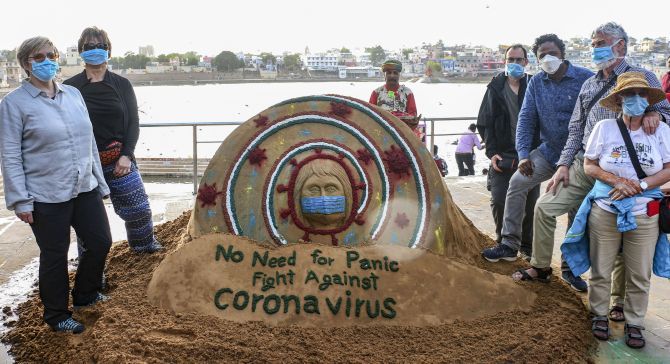 IMAGE: Foreign tourists wear masks as they stand beside a sand sculpture, created to spread awareness on coronavirus, in Pushkar, on Friday. Photograph: PTI Photo

Adequate screening measures have been put in place and nine more airports have been added to the existing 21, bringing the total number to 30 airports where screening of passengers is being carried out.

The 21st edition of International Indian Film Academy (IIFA) Awards, which was scheduled to be held from March 27 to 29 at Indore and Bhopal, has been postponed in light of the coronavirus scare, organisers said.

Fresh dates and plan for hosting IIFA in the state will be announced at the earliest, an official said.

With rumours doing the rounds that coronavirus spreads through non-vegetarian food like eggs, chicken, mutton and seafood, Union Fisheries, Dairying and Animal Husbandry Minister Giriraj Singh asked people not to pay attention to them.

He said even the World Organisation for Animal Health (OIE) as well as the Indian food safety regulator FSSAI have said there was no scientific evidence to prove transmission of coronavirus from animals to humans. 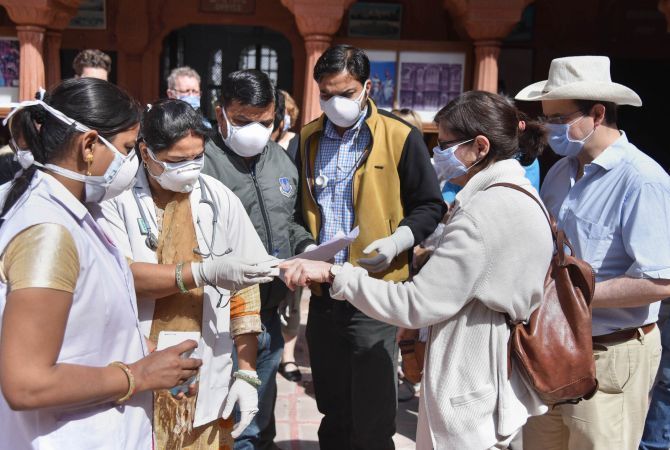 In Punjab, 13 Italian tourists were kept in isolation overnight at their hotel in Amritsar by the health department to check for coronavirus symptoms.

However, they showed no symptoms of the virus in the medical check-up done on Friday and were allowed to leave for Delhi.

State Health and Family Welfare Minister Balbir Singh Sidhu said no positive case of coronavirus has been reported in Punjab so far.

He also said that the Punjab government has notified coronavirus as 'epidemic'.

In Mizoram, at least 41 people who recently returned from abroad have been put under home isolation as a precautionary measure and 14,868 people have been screened for coronavirus, state Health Secretary H Lalengmawia said.

He said the 41 people who recently returned from China, Singapore, Macau, Dubai, the United States, Seychelles and Hongkong did not show any symptoms of novel coronavirus.

Meanwhile, Japan has lodged a strong protest with India over its decision to cancel all e-visas to Japanese nationals in view of coronavirus cases.

Japan issued a demarche seeking review of India's decision to cancel e-visas to Japanese nationals along with citizens from several other countries like South Korea, Iran and Italy, diplomatic sources said.

Congress president Sonia Gandhi wrote to the chief ministers of all states ruled by the party, instructing them to put in place effective response measures to deal with the spread of coronavirus and lend all possible support to public healthcare responders.

Among the 31 positive cases in the country include a 45-year-old man from Delhi's Mayur Vihar and six of his relatives from Agra whom he had recently visited. Another is a Paytm employee who works in Gurgaon and lives in west Delhi.

They are all being treated at the Safdarjung hospital.

A middle-aged man from Ghaziabad, who tested positive for the virus, is being treated at the Ram Manohar Lohia hospital in the national capital.

A 24-year-old man from Hyderabad, who has also tested positive for coronavirus, has been isolated.

All the three persons have been discharged following recovery. 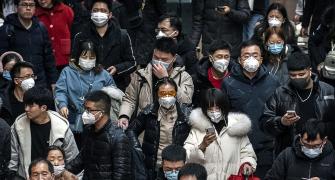 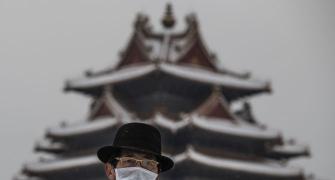 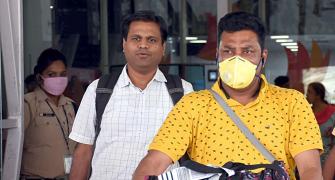 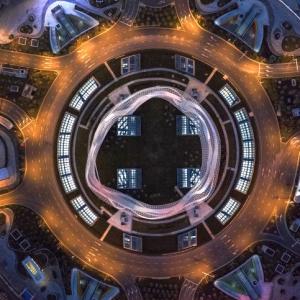 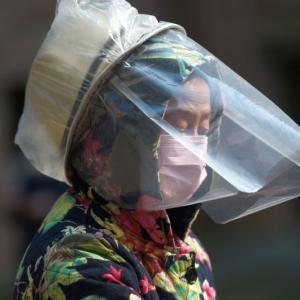 Coronavirus toll reaches 3,282 across the world: WHO