A 40-year-old man, injured in Wednesday's blast outside the Delhi High Court, died at a hospital on Thursday, taking the toll to 12 while the condition of four of the victims continued to be critical.

A high intensity briefcase bomb ripped through the crowded reception area in the High Court yesterday. 75 people were injured in the blast that took place between Gate no 4 and 5 when around 200 visitors, mostly litigants, were waiting in queue to get passes to enter the premises.

Out of the 57 injured admitted to RML hospital, two were later transferred to All India Institute of Medical Sciences. Four blast victims have been admitted to AIIMS.

Around 12 patients are recuperating in RML's surgical ward, 19 are still in the ICU and two are at the new nursing home, according to hospital officials.

"The hospital will provide all care and facility that is needed for the victims. If needed, experts from outside Delhi will be roped in for the treatment of victims," said Sunil Saxena, chief medical officer of RML.

Delhi Police has released sketches of two people suspected of planting the bomb in a suitcase outside the court, just two km away from Parliament House.

The sketches of a 26-year-old and a 50-year-old man were prepared following the description provided by some eye-witnesses who claimed that they have seen a person in white shirt with a briefcase standing in the queue for entry passes.

The probe into the blast was handed over by Government to the National Investigation Agency whose Chief S C Sinha said a 20-member team headed by a DIG has been formed.

Home Minister P Chidambaram said the blast was of "high intensity" and called it a "terrorist attack". 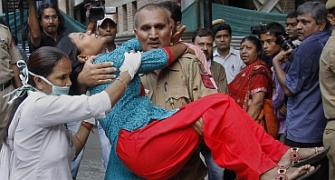 In PHOTOS: Chaos, devastation at Delhi high court
IN VIDEOS: The Delhi HC blast and its aftermath 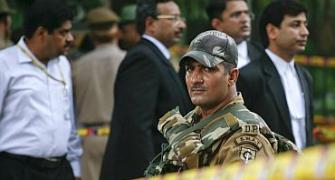 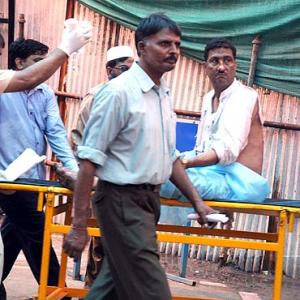 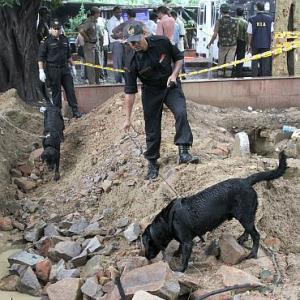 'I was fine, but the man next to me lost his legs'