The Delhi government on Friday strongly rejected charges of civil society activists Arvind Kejriwal and Prashant Bhushan that it has allotted land to realty major DLF which in turn allegedly favoured Robert Vadra.

Chief Secretary P K Tripathi termed the allegations as "factually incorrect, mischievous and misleading" and said Delhi government was not in the business of allotting land to private entities.

"Government of Delhi is not in the business of allotting land to private entities. The allegation that Delhi government allotted land to DLF is factually incorrect, mischievous and misleading as alleged by Kejriwal," Tripathi said.

Kejriwal and Bhushan alleged that Vadra had bought property worth crores of rupees between 2007 and 2010 with an "unsecured interest free loan" of Rs 65 crore given by DLF.

They alleged that Vadra used the loan to buy 31 properties, including five flats from DLF itself with a market value of Rs 35 crore for a meagre Rs 5 crore.

The two civil society activists, who have recently floated a political party, alleged that there could be quid pro quo between DLF and Vadra for favours to the company through Congress governments in Delhi, Haryana and Rajasthan.

"The allegation is aimed to malign and vilify the Delhi government and has no substance," Tripathi said. 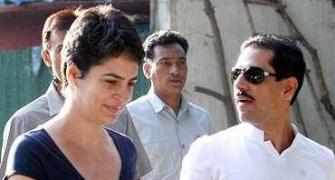 'Vadra acquired properties worth Rs 500 cr from nothing'
Rattled by rumours, northeasterners leaving Chennai too 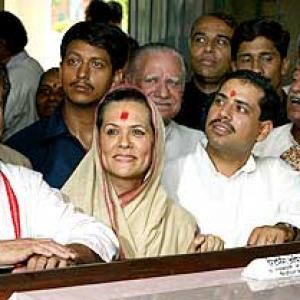 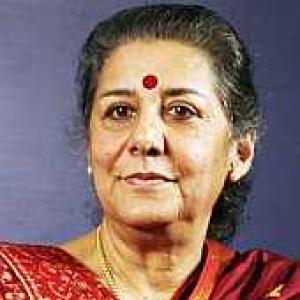