At least 25 people were killed and several others injured when a coach of New Delhi-Chennai Tamil Nadu Express was gutted in fire at Nellore station of Andhra Pradesh in the wee hours of Monday.

Nellore District Collector B Sridhar said that as only 22 people could come out of the S 11 coach in which 72 passengers were travelling, fears were mounting that the toll could go up further.

Most passengers were asleep in the coach when the fire broke out at around 4:20 am.

The flames were spotted by the gateman as the train was leaving the Nellore railway station for Chennai.

He immediately stopped the train and fire engines were summoned to put out the flames.

The official said that the electric short circuit appears to be the reason for the accident. 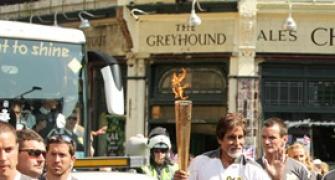 Mission Lhasa for Chennai, as Indo-China row hots up