Delhi Environment Minister Gopal Rai on Friday alleged that the Bharatiya Janata Party instigated people to flout the ban on firecrackers on Diwali by linking it to religion. 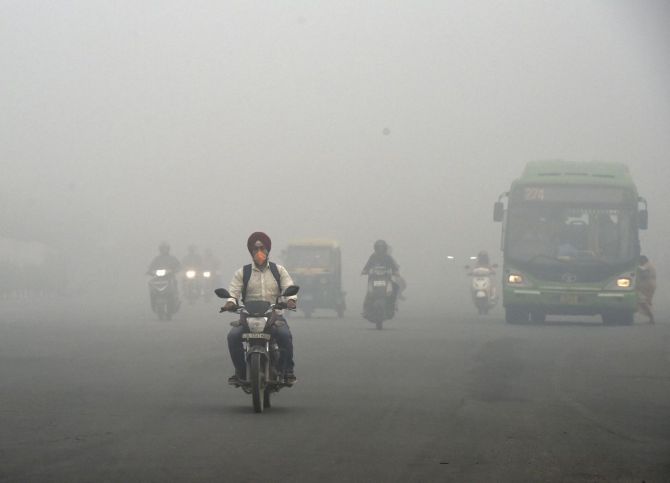 IMAGE: Vehicles ply amid low visibility due to a thick layer of smog, a day after Diwali celebrations in New Delhi, on Friday. Photograph: Manvender Vashist/PTI Photo

The minister said Delhi's air quality deteriorated due to a surge in farm fires and some people bursting firecrackers on purpose.

Ahead of the festive season, the Delhi government had announced a complete ban on firecrackers till January 1, 2022. It also ran an aggressive campaign against the sale and use of firecrackers.

'A gradual increase in the concentration of particulate matter was observed on the day of Diwali and the highest value was observed at midnight and then slowly started decreasing,' the DPCC said in a report.

In November, too, Delhi's base pollution has remained the same. Only two factors have been added -- firecrackers and stubble burning, he said.

The minister said the number of farm fires has risen to 3,500 and its impact is visible in Delhi.

According to the Ministry of Earth Sciences' air quality forecast agency SAFAR, stubble burning accounted for 36 per cent of Delhi's PM2.5 concentration on Friday, the highest so far this season.

"The overall air quality of Delhi plunged to the upper end of the severe category with additional firework emissions... The share of stubble emissions has peaked today at 36 per cent," said Gufran Beig, the founder project director of SAFAR.

On Thursday, farm fires accounted for 25 per cent of Delhi's PM2.5 pollution.

Last year, the share of stubble burning in Delhi's pollution had peaked at 42 per cent on November 5. In 2019, crop residue burning accounted for 44 per cent of Delhi's PM2.5 pollution on November 1.

The contribution of stubble burning to Delhi's PM2.5 concentration was 32 per cent on Diwali last year as compared to 19 per cent in 2019.

In neighbouring Noida, the 24-hour AQI was 475, the highest in the country. 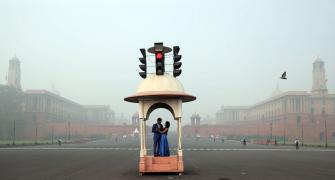 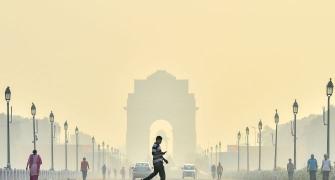 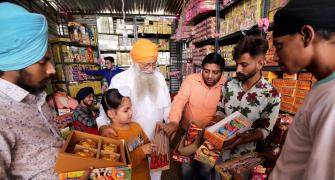 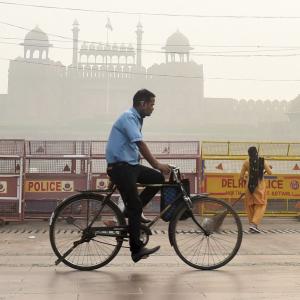 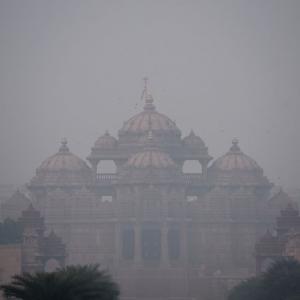