The Light Combat Helicopter is heavily armoured to protect its two pilots from enemy fire, and has a 'stealthy' fuselage that is hard to detect with radar. Ajai Shukla reports 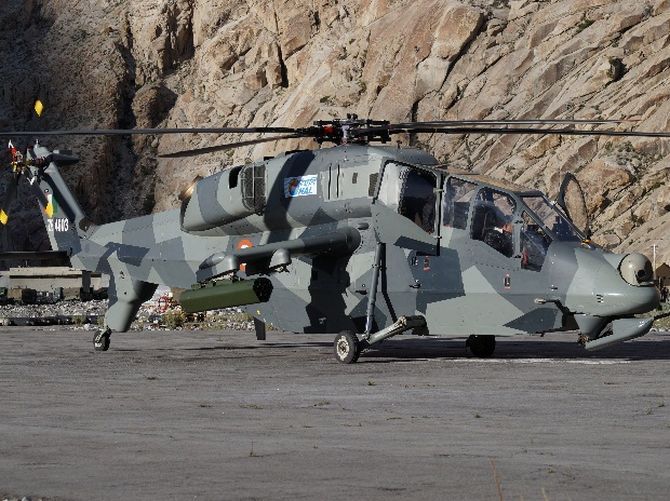 Since April 13, 1984, when the first Indian soldiers deployed along the Siachen Glacier, they have assaulted Pakistani picquets and beaten back waves of attacks without any direct fire support from heavy weapons. All they had was what they could carry on their backs.

Even whilst incredibly capturing the 21,153 feet high Qaid Post in May 1987, Param Vir Chakra winner, Naib Subedar Bana Singh, had only indirect fire support from artillery guns many kilometres away.

This will soon change. Last week, for the first time ever, an attack helicopter landed at a forward picquet in Siachen. The indigenous Light Combat Helicopter, designed and built by Hindustan Aeronautics Ltd, performed several such landings as a part of its “hot and high” trials in Ladakh.

In “hot and high” conditions, a helicopter operates in summertime temperatures at extreme altitudes of over 15,000 feet. In these conditions, oxygen in the air is depleted not just by the altitude, but also by the expansion of air due to high temperatures of 13-27 degrees Centigrade. This combination of conditions taxes the helicopter’s engine to the maximum.

In February, the LCH had surmounted different challenges in “cold weather flight trials” in Ladakh. In those, the LCH was “soaked” overnight in winter temperatures of minus 20 degrees Centigrade, and then required to start up on internal batteries and get airborne. Operating from a 15,000-feet-high helipad, the LCH reached altitudes of over 21,000 feet.

“The flight trials at Leh have established hover performance and low speed handling characteristics of the helicopter under extreme weather conditions at different altitudes (3200 to 4800 m). During the trials, the helicopter and systems performed satisfactorily,” says T Suvarna Raju, the HAL chief.

The LCH is specially built to operate above 20,000 feet. HAL and French engine-maker, Turbomeca specially designed an engine called the Shakti for the LCH, which is optimised for extreme altitudes. This allows the LCH to fire its direct weapons -- a rapid-firing turret gun, rockets and missiles -- to support soldiers in battle at altitudes where the thin air does not allow humans to carry heavy weaponry.

An impressed army has already committed to ordering 114 helicopters, and the air force another 65, as soon as the flight-test programme is completed. This is being carried out by three LCH prototypes, the newest of which underwent the recent trials.

“The performance and handling qualities of the helicopter have been established for basic configuration (with electro-optical pod, rocket launchers, turret gun and air-to-air missile launchers)… Further development activities are under progress and the weapon firing trials are planned during in the middle of 2016,” says an HAL release.

The LCH has been engineered, ground-up, for combat. It is heavily armoured to protect its two pilots from enemy fire, and has a “stealthy” fuselage that is hard to detect with radar. A crash-resistant landing gear enables pilots to survive even when the LCH impacts the ground at 10 metres/second. Its state-of-the-art, all-digital cockpit has systems that enable pilots to fly and fight the LCH at night.

HAL has moved progressively in developing the LCH. The flying platform evolved from the successful Dhruv Advanced Light Helicopter, which has proved itself with the army and air force. The Shakti engine powers both helicopters and they have similar main rotors, tail rotors, and gearboxes.

The LCH is designed primarily for high-altitude operations, but it is equally lethal on the mechanised battlefield. In tank battles on the plains of Rajasthan, Punjab and Jammu, the LCH can destroy enemy tanks with the indigenous HELINA guided missiles at ranges of up to 7 kilometres.

Besides its fleet of LCHs, India’s military will also operate 22 Apache AH-64E attack helicopters, the purchase of which is currently being negotiated. The Apache will replace the air force’s ageing Russian Mi-35 helicopters. 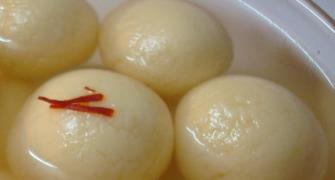 'We have evidence that the rasgulla is from Odisha' 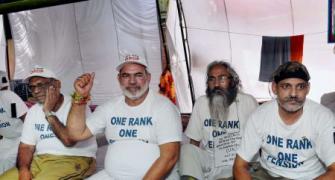 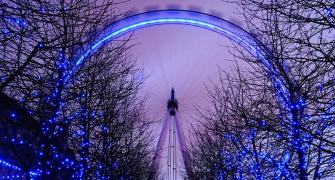 Top 7: Stunning images from around the world 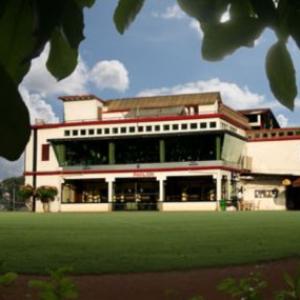 'Sanjeev Khanna had a lot of skills'