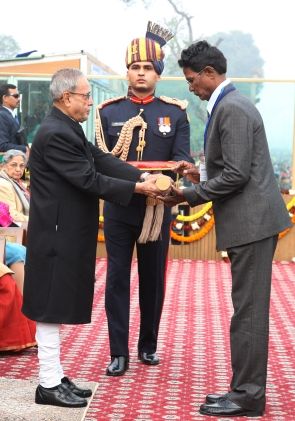 A sub-inspector of the Andhra Pradesh's counter-Maoist force was posthumously awarded the Ashok Chakra, the highest peacetime gallantry award of the country, as India celebrated its 65th Republic Day on Sunday.

Sub-Inspector K Prasad Babu was honoured for an anti-Naxal operation during which he had led an assault unit of Greyhounds (anti-Naxal force of Andhra Pradesh) near Andhra-Chhattisgarh border on April 16 last year.

The award was received by Babu's father from President Pranab Mukherjee before the commencement of the Republic Day parade at Rajpath in New Delhi.

"Shri Prasad Babu exhibited most conspicuous gallantry, exceptional devotion to duty and exemplary leadership in fighting the Maoists and made the supreme sacrifice," a government statement said.

Babu played a key role in killing nine Maoists and injuring several others.

On April 16 last year, about 70 Maoists carried out IED blasts near the Andhra-Chhattisgarh border and fired indiscriminately on the Greyhounds unit led by Babu. He and his unit charged towards the Maoists, killing nine of them.

While 14 commandos boarded the helicopter, four along with Babu began retaliatory firing, according to the statement.

After the helicopter left, the Maoists began encircling the commandos. Babu then urged the four other commandos to retreat to a direction while holding the nearly 200 Maoists single-handedly until the others reached a safe spot. He died in the process, it said.

Accepting the award, Babu's emotionally overwhelmed father acknowledged the crowd with folded hands. After stepping down the dais, he greeted distinguished military officers present in the seating area.

B N Choudhary, commando of the Central Reserve Police Force's specialised anti-Naxal team CoBRA (Commando Battalion for Resolute Action), is the lone recipient of the 'Kirti Chakra' for displaying "extraordinary courage" in combating a Maoist squad in the Chakrabandha forests of Bihar.

Despite sustaining severe injuries to his legs, the commando courageously fired continuous volleys of bullets to save his colleagues, which earned him the distinction of being the first and only recipient from CRPF of this military medal.

The 'Kirti Chakra' is given to honour the valour of armed forces personnel.

The gallant commando of the elite guerrilla trained Commando Battalion for Resolute Action had saved the lives of the entire squad in the Maoist hotbed of Gaya and Aurangabad in Bihar in September 2012. He also ensured that Maoists were not able to snatch the weapons of the force personnel.

Bhrigu Nandan Choudhary had received bullet injuries on his legs but that did not deter him from "crawling under excruciating pain" and helping his fellow trooper Daleep Singh change the magazine of his weapon which had slipped out of his hands because of the impact of a blast, his citation said.

The CRPF has bagged the lions share of 15 bravery medals amongst police and paramilitary forces, out of which, seven troopers have been awarded posthumously for their daredevilry in anti-Naxal operations and insurgency offensives.

Two other CRPF constables Ugrasen Tripathi and Ali Hassan jeopardised their personal safety in the line of duty when they were securing a polling booth during Assembly polls in Manipur in 2012.

A hardcore militant of the NSCN-IM attacked the polling booth in Tempi in Chandel district of the state but both the daredevils confronted him fearlessly as the ultra was attempting to kill officials on poll duty.

CoBRA trooper Santosh Kumar Singh laid down his life while combating Naxals in the Saranda forests of Jharkhand in 2011 as he lunged on a machine gun being operated by a Naxalite as he lost his life in the process after taking severe bullet injuries. 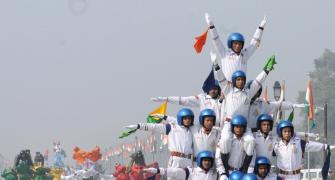 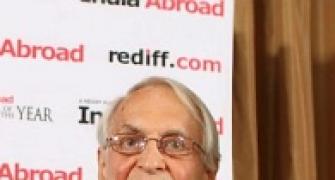 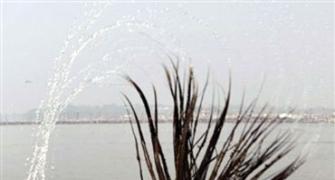 India needs to return to Dharma 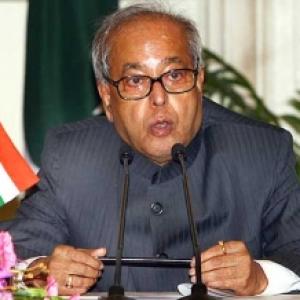 Pranab on R-Day: Election comes with a warning, perform or perish!