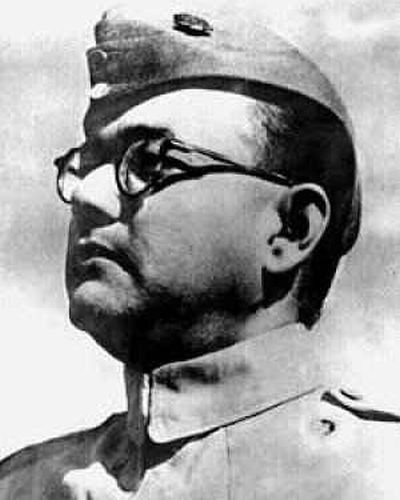 Sixty four files running into nearly 13,000 pages relating Netaji Subhash Chandra Bose files were declassified on Friday which shows some of his family members were spied on in independent India but there was no clarity whether he died in an air crash in 1945 as is widely believed.

Tucked away in police and government lockers for decades, the files containing 12,744 pages were declassified by West Bengal government here in the presence of Bose's family members, who have been demanding that information on Netaji who went missing mysteriously 70 years ago be made public. The files are kept in glass cascades in Kolkata Police Museum before they are made accessible to public from Monday.

A declassified file contained a letter written by Netaji's nephew Sisir Kumar Bose to his father and Netaji's elder brother Sarat Chandra Bose in 1949 that he had information on Netaji going on the air on a radio channel.

"Peking Radio announced that Subhash Chandra Bose would broadcast. The radio also gave details regarding the time and wavelength of the broadcast. The Hongkong office tried to listen in according to the details but nothing could be heard. I have asked the guard to let me have further details if possible," he had written to his father from London on December 12, 1949.

The letter was intercepted by Kolkata Police's intelligence bureau following a government order, according to the declassified files.

Netaji's grand nephew Chandra Bose said they have seen in the files that 14 IB officers were tasked to spy on his father Amiya Nath Bose.

"Even Congress leaders close to Netaji and officials of the Indian National Army were tracked. We have found it from the files," he claimed.

"Why did the Indian government keep our family members, who were reputed citizens and well-known personalities, under surveillance? We demand an inquiry into this from the central government," he said.

West Bengal Chief Minister Mamata Banerjee, who visited the police museum, said that the Netaji files declassified by her government have letters showing he might have been alive after 1945 when he mysteriously disappeared.

"There are letters in the files where some people had said that Netaji might have been alive after 1945 (when he reportedly died in a plane crash)," Banerjee told reporters.

"We do not know what happened (to Netaji). It is unfortunate. How long you can keep it under secrecy?" Banerjee said.

"This (declassification of Netaji files by her government) is the beginning of the future. The people should know the truth. Let the Central government also declassify the files on Netaji.

Asked to comment on the perception that India's relations with some countries might be affected if files on Netaji with the Centre were declassified, the chief minister said "now we have got independence. There is no harm in honouring those leaders who got us independence. We should salute them. Before declassifying the files, we have seen that internationally nothing will happen. If we have bilateral relation with a country, it is necessary to review it."

Netaji had gone missing in 1945 and some of his family members have rejected the theory that he had died in a plane crash in Taihoku airport in Taiwan on August 18 that year.