A 25-year-old Dalit man who was in a relationship with a Muslim woman was killed in a suspected case of honour killing in Kalaburagi of Karnataka and two persons, including her brother, have been arrested in connection with the crime, the police said on Friday. Vijay Kumar Kamble was allegedly stabbed and attacked with a rod on Wednesday night at Wadi in Kalaburagi, with the incident reminding of a similar chilling murder of a Dalit man by his Muslim wife's brother, who was opposed to their relationship, in broad public view in Hyderabad earlier this month.

The police said Kamble and the woman were in love and wanted to get married, and despite her family's opposition to the relationship and warnings, he continued to stay in touch with her.

The arrested persons have been identified as Mohammed Shahabuddin, the girl's elder brother and his friend Nawaz.

Shahabuddin is said to have assaulted the victim earlier too, and had threatened him to stay away from his sister.

Based on the complaint filed by the victim's mother, a case was registered against the arrested under Sections of IPC including 302 (murder) and the SC/ST Atrocities (Prevention) Act.

In the Hyderabad incident, B Nagaraju was travelling on a motorbike with his wife and was confronted by his attackers -- Syed Mobin Ahmed and Mohammed Masood Ahmed -- who came on a scooter, stopped the couple on the road and attacked the man in full public view with an iron rod before stabbing him with a knife, killing him on the spot. Both persons were arrested. 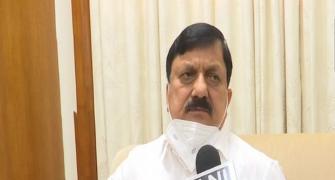 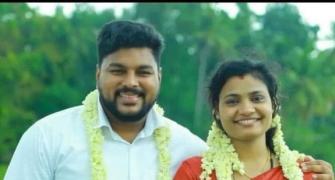 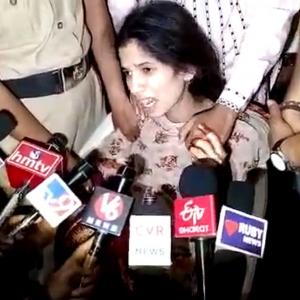