The prime accused along with 16 others allegedly involved in the Dadri lynching case were present at Uttar Pradesh Chief Minister Yogi Adityanath's election rally in Bisara village on Sunday. The accused were seen chanting 'Yogi Yogi' during the chief minister's speech.

While prime accused Vishal Rana was spotted in the front row during the rally, the rest 16 accused were seen moving around raising slogans like 'Bharat Mata ki Jai'. All 17 accused are on bail.

On September 28, 2015, an unruly mob had attacked a Muslim family on suspicion of consuming and storing beef in Bisara village of Dadri region in Greater Noida.

The mob, allegedly led by the accused, had beaten 50-year-old Mohammad Akhlaq to death. One of his sons was also thrashed brutally.

The police in its chargesheet had accused Vishal of announcing that Akhlaq was in possession of beef through loudspeaker of a village temple.

Yogi Adityanath did mention the incident during his speech, and politicised it by blaming the Akhilesh Yadav-led Samajwadi Party over the incident.

Adityanath was quoted as saying, “Who does not know what had happened in Bisada? Everybody knows it. How shamefully the Samajwadi Party government tried to suppress the sentiments then and I can say as soon as our government was formed we got all illegal slaughter houses stopped in one go and ensured its strict implementation.”

Adtiyanath also accused the previous governments of harassing the majority community by lodging false cases against them and thus creating a “breeding ground” for riots.

“During my two years, has there has been any Bisada-like incident in the state? Has there been safety concern to sisters and mothers? No. This cannot happen because we have said that we will guarantee safety and development to 23 crore citizens of the state, bring every one into mainstream. We won’t differentiate between people but won’t engage in appeasement politics,” he said.

He said the law and order situation in UP and that in India under Modi has become exemplary. 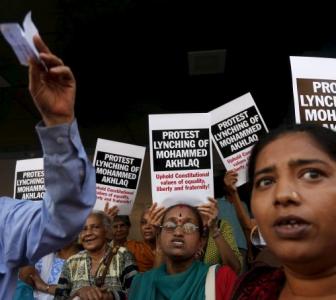 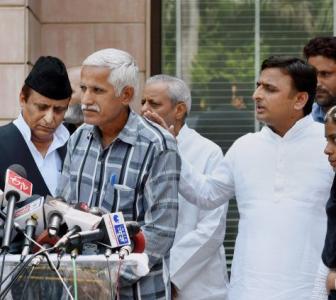 A week after lynching, air of resentment, anger lingers over Dadri