As many as 71,000 people continued  to be in 300 relief camps in six coastal districts of Andhra Pradesh even as the cyclonic storm 'Laila' further weakened into a deep depression and lay centred over the north coastal area about 50 km north of Machilipatnam.

Chief Minister K Rosaiah held a tele-conference with collectors and special officers of Prakasam, Guntur, Krishna, West Godavari, East Godavari and Visakhapatnam districts after a high-level meeting with ministers and heads of departments this afternoon and directed them to continue the vigil for a few more days.

Though Laila appeared to have weakened, under the influence of this system, widespread rainfall with scattered heavy to very heavy falls is likely over north coastal Andhra

Pradesh and Telangana regions during the next 12 hours, a weather bullet-in said.

Fairly widespread rainfall with isolated heavy to very heavy falls is likely over south coastal Andhra Pradesh and Orissa in the next 24 hours, the met department said.

Squally winds with speed reaching up to 65 kmph are likely along and off north Andhra Pradesh coast during the next 12 hours, it said, adding there was possibility of emergence of the system into north Bay of Bengal and intensifying again over the sea.

"The system is therefore under constant watch," it said.

Citing the weather forecast, the Chief Minister asked the officials to be on alert to ensure proper relief for the people in coastal districts.

He also directed the Medical and Health Department to take all steps to prevent outbreak of diseases in the cyclone-hit areas.

The Chief Minister was informed that rail tracks and bridges between Vijayawada and Chennai which got damaged due to heavy rain in the last two days were repaired and all train services to Chennai via Vijayawda, Guntur and Ongole were restored today.

Meanwhile, the Disaster Management Department informed that agricultural crops in 5,800 hectares and horticulture crops in 6,060 hectares suffered extensive damage as per preliminary estimates.

"The monetary loss will run into several crores of rupees and detailed enumeration of the loss will be taken up in two days," a senior official said. 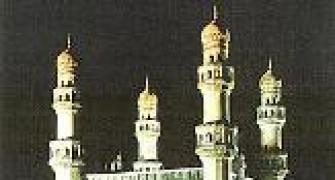 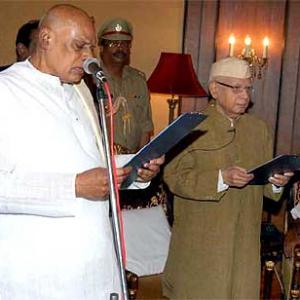