The Commonwealth Games may grab the headlines for its grandeur, but there's a large chunk of student community at the prestigious Delhi University that sees it as a villain which has seized their homes and ruined their happiness, writes Anisha Ralhan

Delhi University students have got together to voice their anger against the hostel eviction drive carried out by several colleges ahead of the Commonwealth Games in October. Their protest movement, under the name of 'University Community for Democracy', is seen as the students' response to "these wrongful evictions".

Hundreds of hostel residents have been ordered by the authorities to leave their hostel rooms and return only in the third week of October, as the hostels will be renovated and beautified to accommodate guests during the CWG. Worse, the areas adjoining the North Campus of DU, which provide PG accommodation facilities to out-station students, have also seen a skyrocketing in their rents.

As a result, hostel residents have been left in the lurch.

The students say they are having a hard time looking for alternate accommodation.

"It is sinister on the part of the college authorities to leave us in the lurch, knowing that one seeks hostel accommodation because one cannot afford to pay high rents. Now that we are being kicked out, we are finding it difficult to find another place in Commonwealth season," says Praveen, an MPhil student in DU's department of history.

Students say the university has signed a deal with CWG officials for over Rs 20 crore which involves reconstruction and renovation of the hostels as part of the Commonwealth Games project. They feel it's unjust on the part of the authorities to upgrade hostels at the cost of their own students.

In all, over 2000 students have been evicted so far.

According to a press release circulated by the protestors, the authorities enforced this decision arbitrarily on them. It was never brought up for discussion. While Hansraj College made its hostel residents sign a bond last year stating they had no objection to being evicted between July and October 2010, the girl residents of Miranda House hostel were informed as late as July this year, causing immense chaos and panic among the students.

"The bond that we were made to sign mentioned in passing that we may have to vacate the hostel, which we signed, but now we realise that no provisions have been made for an alternate accommodation," says Arjun, a second-year student at Hansraj.

He says the rents have escalated in the past two months in and around Delhi University. He is paying Rs 9,500 for a single bedroom which earlier cost Rs 7,500.

Activists from the National Alliance of Peoples' Movements that looks into student displacement issues countrywide are backing the affected students.

"This move by the DU authorities is highly despotic. We ask why the students were not consulted before displacing them. We cannot allow the university to get away with such deliberate and avoidable irresponsibility," Maduresh, a member of the NAPM, told rediff.com.

The NAPM demanded the provision of an alternate accommodation for evicted students, which should be on par with the hostels both in terms of price as well as quality; and look after their basic amenities and safety.

Professor Nayanjot Lahiri, DU's Dean of Colleges, when contacted by rediff.com, said she would not speak to the media on the hostel eviction issue. 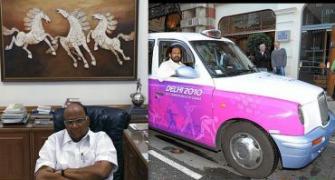 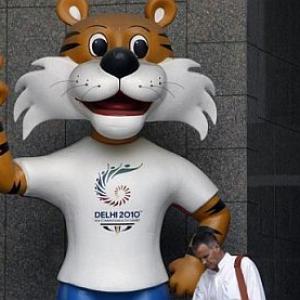 Games or no Games, why Delhi won't change