A high level committee, which went into alleged financial irregularities in Commonwealth Games, has strongly indicted suspended Prasar Bharti CEO B S Lalli and Doordarshan Director General Aruna Sharma, accusing them of "collusion" with a UK-based firm which benefited Rs 135 crore in the broadcast deal.

The two-member committee headed by former Comptroller and Auditor General V K Shunglu has also recommended action against the two officials saying "they cannot be recused from the acts of omission and commission which facilitated this wrong doing".

The 236-page interim report of the HLC was submitted on Monday to the government and Prime Minister Manmohan Singh has taken a "serious view" of the findings.

Lalli has already been suspended on a reference made to the President for his removal. The Committee said that based on documents available it has concluded that the actual cost of the contract awarded to SIS LIVE was at best about Rs 111 crore, thus resulting in a profit of at least Rs 135 crore for SIS LIVE and Zoom Communications.

"The responsibility for providing undue benefit to SIS LIVE and Zoom Communications is primarily that of the then CEO, Prasar Bharti and Director General Doordarshan. They cannot be recused from the acts of omission and commission which facilitated this wrong doing," the report said.

The Committee found that the contract for production and coverage of CWG last year was awarded to SIS LIVE (partnership firm of SIS OB and SIS UK based firms) at a cost of Rs 246 crore on the basis of a single bid as the other nine responses were either rejected or entities backed out due to unduly restrictive and stringent conditions.

The contract was assigned by SIS LIVE to Zoom Communications for Rs 177 crore on the same day on which the contract was signed between Prasar Bharti and SIS LIVE.

"This was in gross violation of tender conditions. SIS LIVE also issued a press release on March 8, 2010 announcing award of a key and exclusive contract for broadcast services, including technical equipment and diversified Production and Coverage services for the 2010 Commonwealth Games in India, to South East Asia's largest broadcast services company, Zoom Communications Ltd India," it said.

Thus, the committee said, what appears to be the case is that SIS LIVE secured the contract for Rs 246 crore; assigned it to Zoom Communications for Rs 177 crore; provided no service and made a profit of the difference between the contracted price and the assigned price, i.e. Rs 69 crore.

Alternatively, Zoom Communications used SIS LIVE to secure the contract. "Given the complexity, it is idle to speculate which of this is true. Howsoever these transactions are viewed, government overpaid at least Rs 135 crore in a contract of Rs 246 crore," the report said.

The committee pointed out that contracts were awarded by Prasar Bharti for various host broadcast activities without ensuring reasonableness of rates, overruling suggestions received.

Prasar Bharti received and supported highly inflated bids. Most of the decisions to support and award the inflated bids were taken by DG Doordarshan and the then CEO despite strong contrary view.

"The procedures and best practises in the selection of the service providers were ignored or bypassed to favour certain entities. Superfluous legal advice was obtained on matters requiring management decisions and this can only be viewed as an attempt to foreclose the option," it noted. 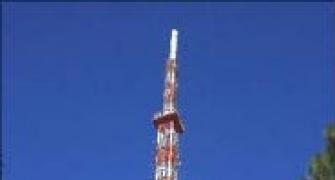 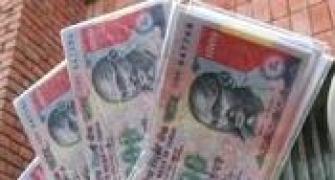