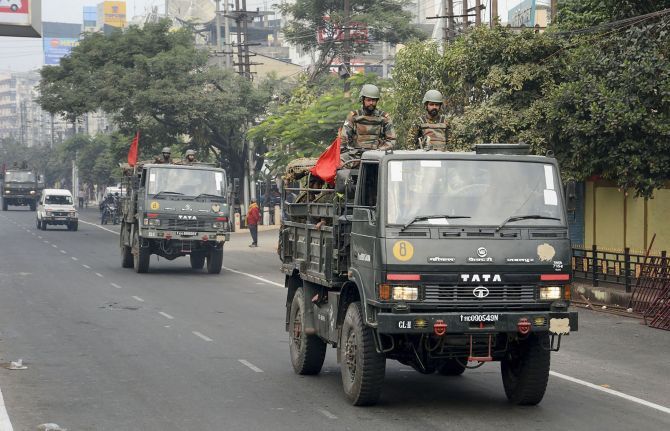 The curfew, imposed in Guwahati and Dibrugarh town amid violent protests against the amended Citizenship Act, was relaxed on Saturday for a few hours, officials said.

The curfew has been relaxed in Guwahati from 9 am to 4 pm and in Dibrugarh from 8 am to 2 pm, they said.

Police are using loudspeakers to inform the public about the relaxations, they added.

Long queues were seen outside shops in Guwahati at several places, including Dispur, Uzan Bazar, Chandmari, Silpukhuri and Zoo Road.

Auto-rickshaws and cycle-rickshaws were plying across the city. However, buses were off roads.

Petrol pumps in the city have also opened with vehicles waiting in lines to refuel.

Schools and offices, however, remained shut.

After the Citizenship (Amendment) Bill was cleared by Parliament, violent protests broke out across the state with agitators engaging in pitched battles with the police, forcing the administration to impose curfew in several places.

The legislation has put the entire Northeast on the boil where people fear that it may exacerbate the problem of illegal immigration.