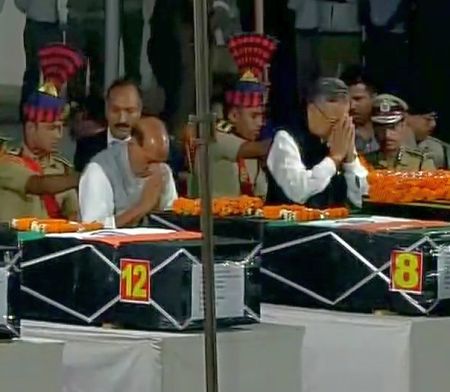 In one of the deadliest attacks on security forces, 12 Central Reserve Police Force personnel were on Saturday killed and their arms looted when Naxals ambushed their patrol party in the Maoist hotbed of Sukma in Chhattisgarh.

Four personnel were also injured in the attack, two of whom are stated to be critical.

The incident occurred at 9:15 am in the dense forests near Kottacheru village under Bhejji police station, around 450 kms away from the state capital, when 112 personnel of CRPF's 219th battalion were out for a road opening task.

"This is the biggest attack by Naxals on security forces this year. It is estimated that a hundred-plus Maoist squad was present in the area when the ambush was launched. These are preliminary inputs," a senior Chhattisgarh official told PTI.

The Bhejji area in south Bastar region of the state is notorious for Naxal attacks and many security personnel have been killed here in the past. It is considered as the last bastion of the red ultras as the area sits right on the tri-junction of Chhattisgarh, Andhra Pradesh and Odisha.

Acting CRPF Director General Sudeep Lakhtakia said the troops were "ambushed by simultaneous blowing of IEDs and heavy gunfire when they were out for patrol."

"The troops were part of the road clearing party that has been securing an under-construction road between Bhejji and Kottacheru. They were ambushed by Naxals who had rigged up the area with hidden Improvised Explosive Devices.

"Subsequently multiple blasts ensued and firing was opened by Maoists. The squad effectively retaliated before eleven men made the supreme sacrifice. One of our jawans later succumbed to his injuries," he told PTI in Delhi.

Lakhtakia said Maoists were trying to disrupt normal life in the area as the Central Reserve Police Force has increased its presence here and re-opened a local 'haat' (market) last year after it was forcibly shut by the red ultras.

Prime Minister Narendra Modi took stock of the situation and spoke to Union Home Minister Rajnath Singh, who will be travelling to the state shortly.

Chhattisgarh Chief Minister Raman Singh has strongly condemned the attack and termed it as a "cowardly act".

"Security personnel have laid down their lives to free Bastar from violence and Maoist terror. Their sacrifice will not go in vain. I salute their sacrifice," the CM said, adding ultras were frustrated with development of road network in the region.

He also extended condolences to the bereaved families.

The CRPF chief and senior officials have rushed to Raipur.

The injured security personnel were air lifted and brought to the CRPF field hospital in Bheji and few others have been transferred to Raipur.

A special counter-Naxal team of CoBRA has reached the ambush spot as reinforcement to sanitise the area and launch a search.

According to a CRPF official, summer season is regarded as an offensive period by rebels as they observe annual 'tactical counter offensive campaign'.

"The dry weather is a favourable period for carrying out ambushes in the vast jungle terrain and this attack would have been planned by Maoists-led by hardcore naxal cadre Hidma who is active in southern part of Bastar," he said.

However, further investigation would reveal the details, he added.

Constables Jaidev Parmanik and Salim were critically injured in the incident.

The CRPF is working without a regular chief for over a week now as the government has not appointed a new Director General after K Durga Prasad retired on February 28. 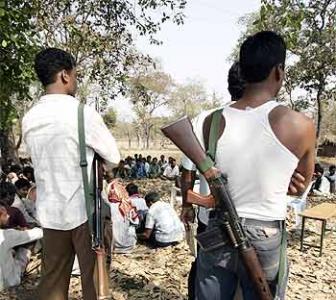 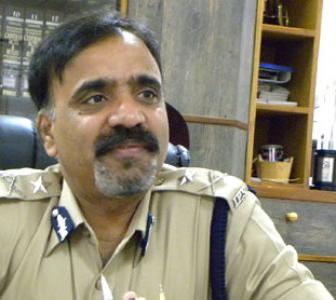 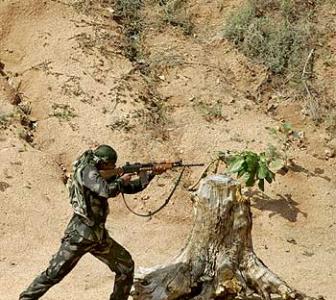 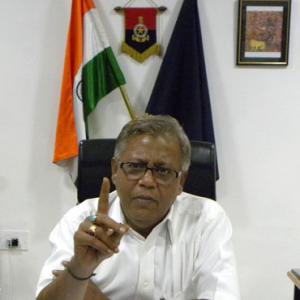 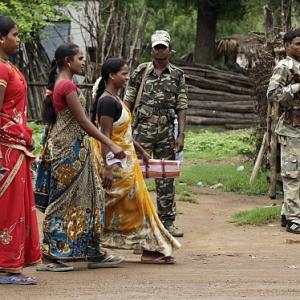 How activists become victims in a Maoist environment