With his party's government in Kerala locked in a bitter war of words with Governor Arif Mohammed Khan, Communist Party of India-Marxist MP V Sivadasan on Friday introduced a private member's bill in Rajya Sabha that seeks to amend the Constitution to define the role and powers of the governor. 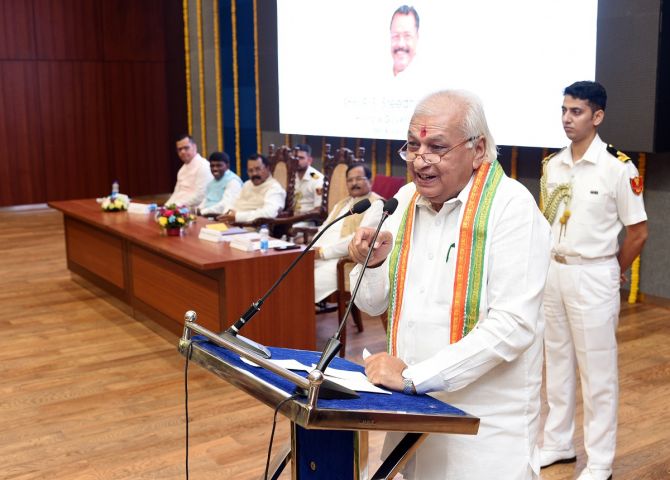 Moving the Constitution (Amendment) Bill, 2022 (amendment of article 153 and substitution of articles 155 and 156) in the Upper House, Sivadasan noted that the post of the governor is being misused by the central government to forward its agenda in the states.

"I would like to present a very important subject here. If we look at the history, governor is a position which has been there since colonial times. The role of governors in colonial India was to suppress and oppress Indian people," he noted while introducing the bill under the Private Member's Legislative Business.

The governors who were ruling the provinces under the governor general were like kings as they took all the powers to themselves leaving hardly anything for the elected and nominated members of the council, he stated.

"Same colonial mindset is adopted and practised by many Governors in India," Sivadasan said.

He noted that there should be a discussion regarding the appointment and role of Governor.

"If the post of a nominated governor is there, then one suggestion is to collect three names from the chief minister of the concerned state. If you need an elected governor then there should be an election with a defined electoral college," Sivadasan said.

He noted that none of the major countries with a federal structure have any provision for the post of Governor in a state.

Sivadasan also sought a debate on coming up with provisions to debar Governors from publicly expressing disagreements with the state governments.

He noted that the power structure in India is federal only in name as most of the powers are concentrated in the central government.

"The anti-democratic provisions of Article 356 of the Constitution is one of the examples. To dismiss an elected state government and dissolve the elected state assemblies is a threat to the federal and democratic setup of the country," Sivadasan said.

He further said, "The silence in the Constitution regarding the pleasure of the governors is misused by the governors these days to carry forward the agenda of the Union government. A governor is only a titular head and can only act as one."

He also raised the issue of deployment of central paramilitary forces by the central government in the states unilaterally.

Sivadasan noted that a thorough restructuring of the centre-state relationship is very necessary to correct the power distribution. 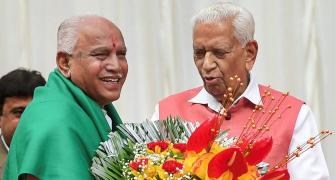 Do we need governors and their grey powers? 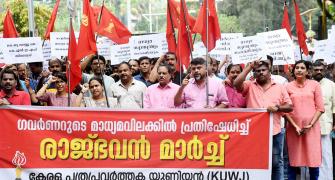 'Problem is not with the Constitution' 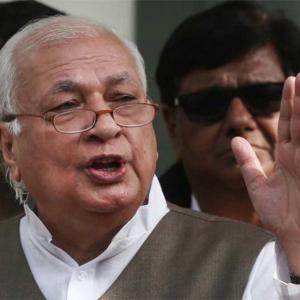