Amid the crisis over pending salaries of doctors of civic body-run hospitals in Delhi, many medics on Thursday expressed their anguish over the issue, saying they would bravely combat the pandemic situation and serve people but 'Covid warriors can't march on an empty stomach'. 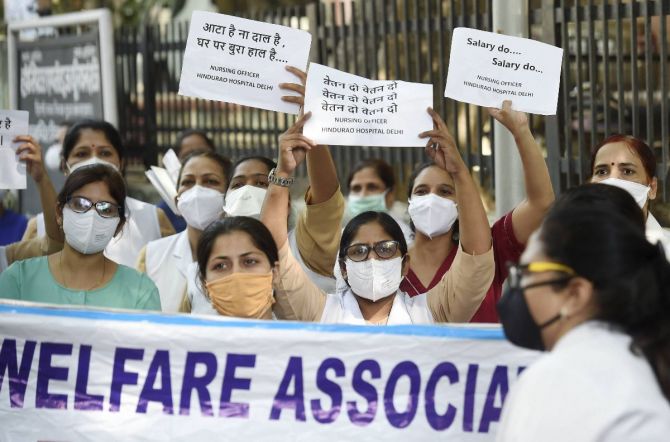 Resident doctors of three North Delhi Municipal Corporation (NDMC)-run hospitals are currently holding an agitating seeking release of their salaries due for the last three months.

Also, an association of permanent doctors of civic-body run hospitals has warned of holding an indefinite strike from October 19 if their demands were not met.

Resident doctors of Hindu Rao Hospital were the first to come out in protest after 'being sick of their voices not being heard when they agitated online'.

"Are doctors superhumans? Do we not have material needs, ration to bring home, family to feed, loans to repay? Do authorities just expect us to keep working with no salaries, and for how long? They asked people to clang 'thalis' and showered flowers from above on us. I feel all those gestures, feel hollow to us right now," said Abhimanyu Sardana, president RDA of Hindu Rao Hospital.

Until a couple of days ago, the facility was a dedicated COVID-19 facility.

It was removed from the list of COVID-19 facilities because of the low average bed occupancy of the hospital and request received from the NDMC with immediate effect, according to a Delhi government order.

The city government had on Saturday ordered shifting of COVID-19 patients from the civic-run hospital to its own facilities.

Delhi's coronavirus infection tally rose to 3.17 lakh with authorities reporting 3,324 new cases on Wednesday, while 44 fatalities took the number of deaths to 5,898.

Sardana on Thursday announced that a joint protest has been planned at Jantar Mantar on Friday by resident doctors of 900-bed Hindu Rao Hospital, 450-bed Kasturba Hospital and Rajen Babu Tuberculosis Hospital, all three being British-era facilities.

"No resolution to the issue seems to be in sight. We doctors have just become like a football among various parties. No one cares for us, but they expect us to take care of people in this COVID-19 crisis," he said.

R R Gautam, president of the Municipal Corporation Doctors' Association (MCDA), said, "Society treats us as gods, but, they should accept that we are humans."

"As doctors, it is our solemn duty to serve humanity, and we will continue to do so. They call doctors as covid warriors. But, how long will an army march on an empty stomach? Soldiers stationed in inhospitable Siachin, will they be able to fight the adversaries without food supplies?" he posed.

MCDA, an association of senior permanent doctors of the civic hospitals, was established in 1974, and has about 1200 members, Gautam said.

"We are demoralised, depressed and our family well-being is at stake. We need our salaries. Our demands include the immediate release of pending salaries of July to September; arrears as also pension and other benefits to retired doctors which have been pending for many months," Gautam said.

Doctors are being hailed as 'Covid warriors', but do authorities expect them to fight this battle on 'empty stomach', he said.

Sunil Prasad, the president of RDA of Kasturba Hospital, whose members have gone on a week-long strike since Wednesday over salaries due, asserted that 'we are sick of being treated like a football among various parties'.

"We doctors want a resolution to this issue and a life of dignity. We are not asking for any luxury. Why have our voices been ignored?" he asked.

Prasad said, "The 'taali, thaali, and pushp varsha' (clapping, banging of utensils, and floral showers) gestures during the lockdown ring hollow for us right now. Will that feed us and our family? In fact, these gestures sound so ironical to us, in retrospect."

The doctors' pending salaries issue has become a flashpoint between the ruling Aam Aadmi Party in Delhi and the three Bharatiya Janata Party-led civic bodies, particularly the NDMC.

Both have accused each other of 'playing politics' over the issue.

While the AAP dispensation has said funds have been released to the civic bodies, NDMC Mayor Jai Prakash has been alleging that 'the city government has not released crores of funds due to the corporations'.

Delhi Health Minister Satyendar Jain has on several occasions said if 'the civic bodies cannot run its hospitals and pay salaries to doctors, they should hand over the facilities to the Delhi government'.

MCDA president Gautam said, "We are doctors, we want to serve people. We just want our salaries. But, in this bid, we don't want to be used as an instrument of politics by anyone." 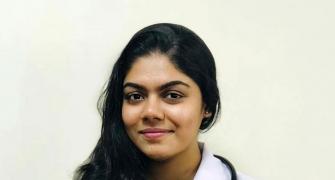 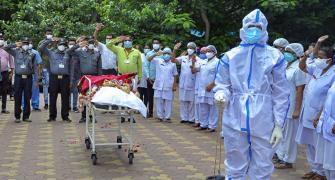 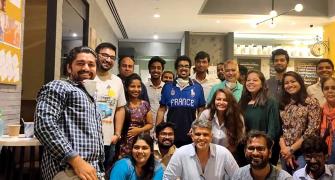 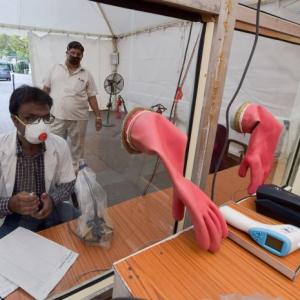